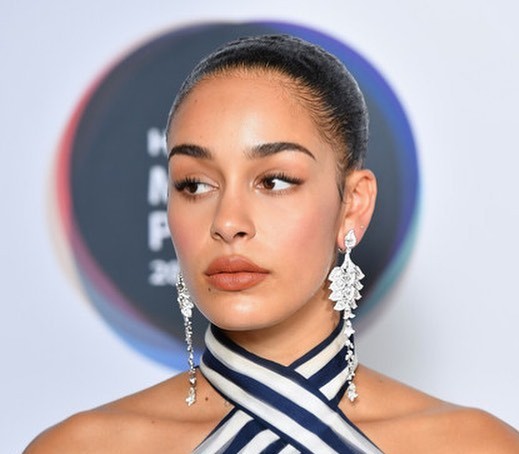 The VERO Breakthrough Solo Artist of the Year Award was presented to British-Jamaican singer Jorja Smith at the 21st GQ Men of the Year Awards ceremony on September 5, 2018. The award was new for the next-gen social network, which is designed to allow users to interact in a more authentic way online. VERO is also committed to making positive changes in the real world. The inaugural Artist of the Year Award brings a donation of $50,000 to a charity of the artist’s choice. Smith selected the charity Nordoff Robbens, a music therapy organization, to receive the funds.

The British-Jamaican R&B singer was born in Walsall, West Midlands, England in 1997. Her Jamaican father, Peter, works as a benefits officer, but he was formerly a musician and singer in a neo-soul group called 2nd Naicha before Smith was born, Her English mother, Jolene, is a jewelry designer. Smith is also the cousin of Kamar Roofe, Leeds United footballer. She received a music scholarship to Aldridge School where she studied the oboe and classical singing. She signed a management contract at 15 after putting videos of herself singing covers on YouTube. Following her high school graduation, she moved to London to pursue her career in music.

Jorja Smith’s debut studio album “Lost & Found” represents many years’ worth of writing and recording sessions. The album was released in June 2018. In discussing what she hoped fans will get from the new album, Smith. 21. said she wants it to help them somehow to be happier or make sad because it makes them think about something they shouldn’t have done. “I just want people to think and open their mind,” she said in an interview with Complex.Com.

Additionally, a track featuring Drake and Smith has recently surfaced. The song had the tentative title of “I Could Never” and begins with Drake crooning over a subdued piano and then moves into the sounds of pulsing electric guitars layered with vocals by Smith. Jorja Smith was previously featured on Drake’s 2017 album playlist “More Like” together with Black Coffee and Nineteen85 on “Get It Together.” Some music fans thought that the line “I got this 11 tatted for somebody, now it’s yours” was a reference to Smith, whose EP released in 2018 was entitled “Project 11.”

The new track came to light only days after Drake had to postpone two “Aubrey and the Three Migos” tour stops in Miami, Florida, due to illness. “I got so ill so fast and I had never experienced anything like that in my life,” Drake said in a statement as he apologized to his fans.