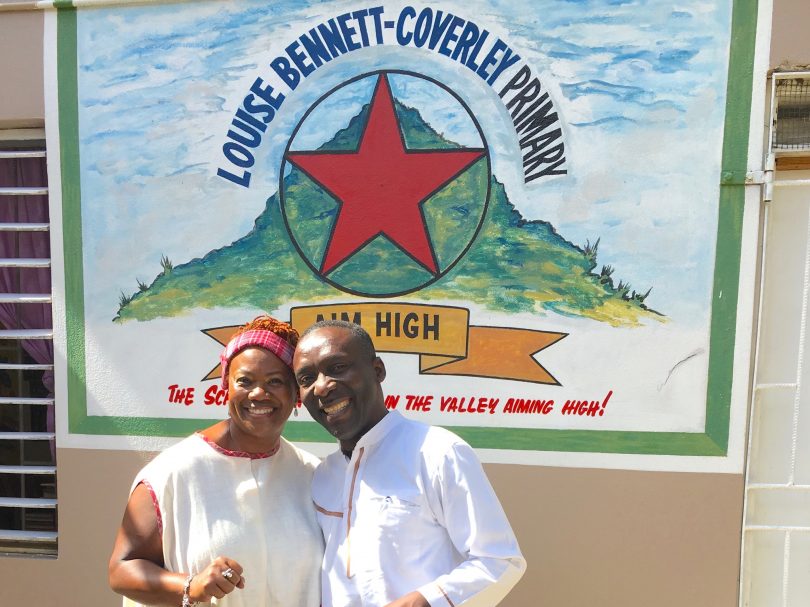 What a joyful time inna September! Mi feel like mi heart woulda burst, as Jamaica honoured a great Icon with statue, song, and verse! OK, let me quickly apologize to the memory of the Hon. Dr. Louise Bennett-Coverley OJ, OM, MBE, for that introductory sentence, which some folks may justifiably see as a lame remix of the opening line of her classic poem ‘Colonization in Reverse’. I am just a trifle over-excited as I bask in the rich, resonant, residual niceness of a great experience. The experience I speak of, is the boonoonoonoos time we had in Jamaica on Friday, September 7, as we shared in events celebrating the 99th birthday of Miss Lou – that iconic daughter of the great school on Mountain View Avenue. The day started early and ended late in the lovely community of Gordon Town where she spent most of her adult life. The Principal, staff and students at Louise Bennett-Coverley Primary School hosted an absolutely splendid ‘Miss Lou Day’, which began with a patwah-flavoured devotion and climaxed with a catawampus commemorative concert. Right following devotion we broke away to engage some students at a nearby basic school.

The day’s event included a concert which featured the outstanding Florida-based poet and educator Susan ‘Dr Sue’ Davis, who, thanks to generous sponsorship support from the Lewin Brothers of Jamaica Bedding Company in Old Harbour, was able to “fly een all di way from farrin” for the occasion, as well as yours truly. The event was hosted by actress extraordinaire Deon Silvera and had several other schools participated. After enjoying some thrilling performances, we then popped back down the hill to Kingston just in time to catch the tail-end of a special Miss Lou ‘Ring Ding’ celebration at the Edna Manley College of the Visual & Performing Arts, organized by the college orator and storyteller extraordinaire Dr. Amina Blackwood-Meeks. 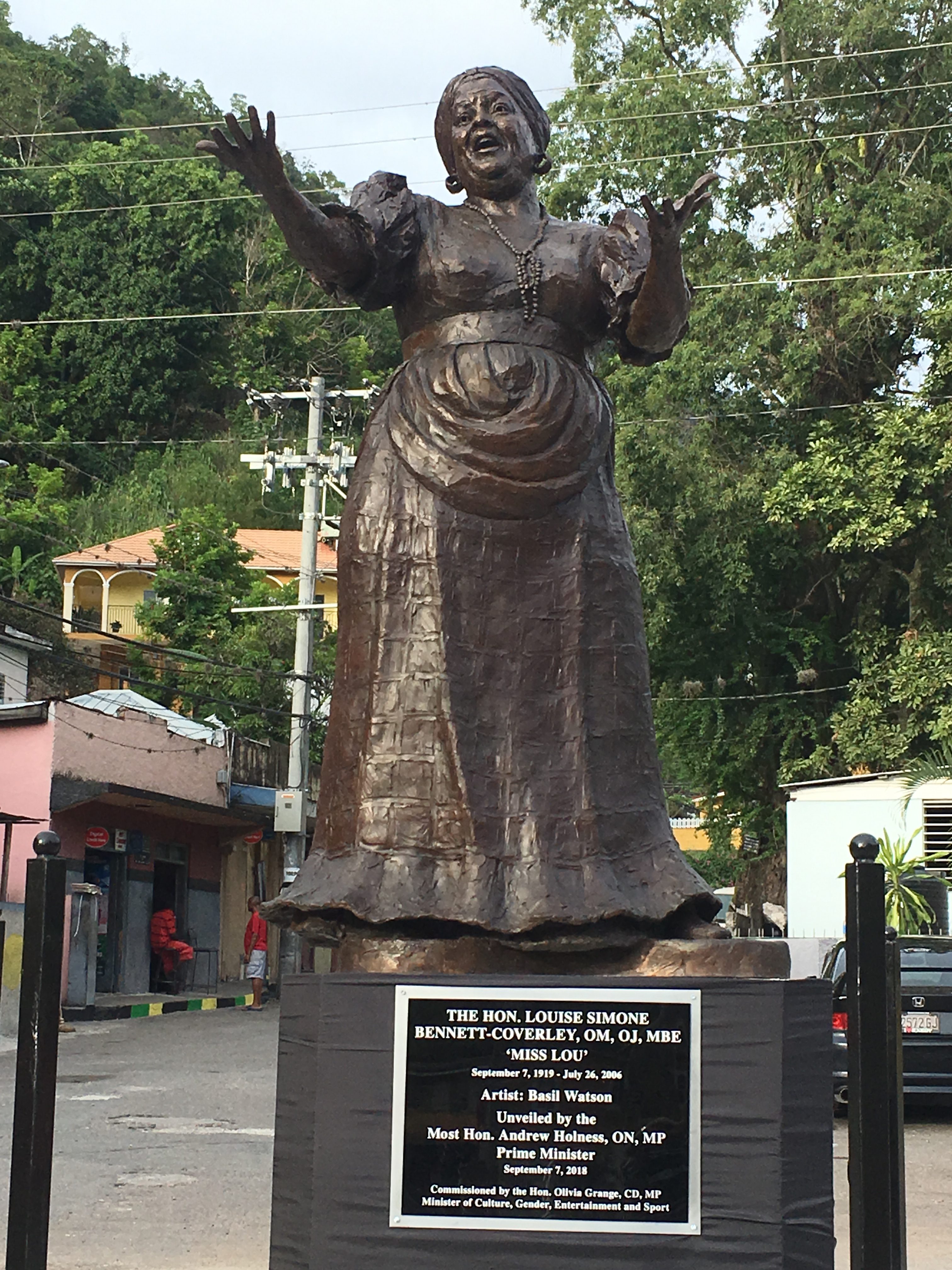 The Gordon Town Statue of Miss Lou in the Town Square

Then as the evening drew near we made the happy return trip to Gordon Town for the historic unveiling of the statue of Miss Lou in the town square. And trust mi, a dat did sweet! A massive crowd of people from all walks of life gathered in the town square. They were treated to a multiplicity of cultural items, stirring tributes, and moving speeches from artists, government officials, civic leaders and other notable persons from home and abroad. Comedy King Oliver Samuels was masterfully hilarious as the Master of Ceremonies. We sat among members of the academic and theatre fraternity under the VIP tent. And I really tried to behave myself. Yes, I really, really tried; especially since I was in royal company, sitting right beside Jamaica’s undisputed queen of theatre the great Leonie Forbes. But like I did for most of my time at school, I failed in the behavior department. It wasn’t entirely my fault though. With rabble-rousing assistance and support from people like Professor Carolyn Cooper and actresses Dion Silvera and Karen Harriott, we happily turned VIP into ‘Vocally Irreverent Posse’. For her 100th birthday next year, the Government of Jamaica plans to rename the Gordon Town centre “Miss Lou Square” and God willing, I have to be there! Yes friends, the achievements of this pioneering woman continues to bring pride and joy to the heart of Jamaica. This article was written by Owen Blakka Ellis.