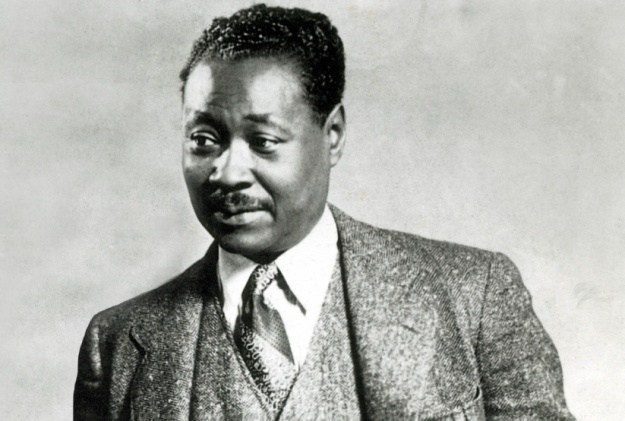 Claude McKay was born in Clarendon, Jamaica in 1889 and migrated to the United States in 1912 to attend Tuskegee Institute. Unhappy with what he said was the school’s “semi-military, machine-like existence,” he left to attend Kansas State University, where his first reading of W.E.B. DuBois “Souls of Black Folk” inspired him to political action. He moved to New York City in 1914 and had a major role in the Harlem Renaissance in the 1920s and 1930s. He joined the Industrial Workers of the World (IWW) during these years and became involved with critics of the nationalism of Marcus Garvey and what they viewed as the NAACP’s “middle-class reformist” approach. These critics formed the African Blood Brotherhood, and McKay left the US for London due to pressure from the US Justice Department. He was named the national poet of Jamaica and received the Order of Jamaica posthumously in 1977. McKay was a major influence on the writers James Baldwin and Richard Wright. His poem “If We Must Die”  inspired Black American and Civil Rights Activists in the USA. The poem spoke about retaliation for racial prejudice and abuse.

If We Must Die

If we must die, let it not be like hogs
Hunted and penned in an inglorious spot,
While round us bark the mad and hungry dogs,
Making their mock at our accursèd lot.
If we must die, O let us nobly die,
So that our precious blood may not be shed
In vain; then even the monsters we defy
Shall be constrained to honor us though dead!
O kinsmen! we must meet the common foe!
Though far outnumbered let us show us brave,
And for their thousand blows deal one death-blow!
What though before us lies the open grave?
Like men we’ll face the murderous, cowardly pack,
Pressed to the wall, dying, but fighting back!
COLLECTION