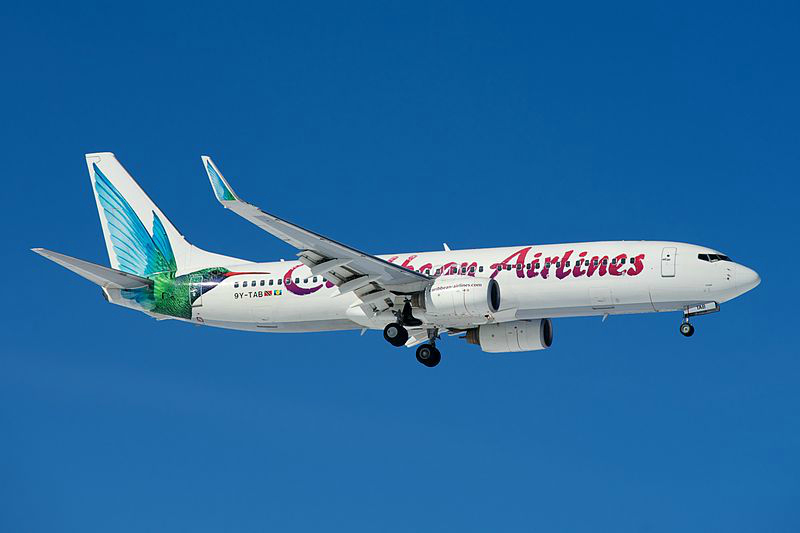 It is easy to travel to the major island nations in the Caribbean as the larger hubs offer numerous flight connections to the United States. To venture beyond these hubs to visit smaller islands in the region, travel on some of the smaller Caribbean airlines will likely be necessary. As some travelers may feel trepidation at flying on regional airlines that they have never tried or even heard of before, Conde Nast Traveler has provided a list of the best regional Caribbean airlines for the so-called “puddle-jumper” routes.

The list is based on information from AirlineRatings.com, a website that releases a yearly list of the safest airlines in the world, using a seven-star rating scale. The criteria used to determine the rating examines whether or not the European Union and the United States Federal Aviation Administration endorses a particular airline, among other elements. Using this assessment, Conde Nast Traveler offers the following list of the best regional carriers in the Caribbean for travel to smaller islands.

1. Caribbean Airlines
Caribbean Airlines, which is based in Trinidad and Tobago, has been ranked as one of the safest of the regional airlines. It has received a seven-star rating from AirlineRatings.com and offers access to 14 island destinations, including St. Maarten, Antigua, St. Lucia, St. Vincent, and Nassau in the Bahamas. Caribbean Airlines is a budget carrier, and its flights may be considered “bare-bones,” but those who fly on its larger flights receive a free checked bag and in in-flight meal.

2. Air Caraibes
Air Caraibes has also received a seven-star rating from AirlineRatings.com. The airline services chiefly the islands in the French Caribbean. It is based in Guadeloupe and flies to the French areas of St. Barts and Martinique, as well as 14 other island airports across the region. The average age of a plane in its fleet is eight years, and it also has several long-haul Airbus A350 and A330 planes used to carry travelers from Paris to the Caribbean.

3. Cayman Airways
Cayman Airways has a perfect rating of seven stars from the ratings organization and offers flights from all three of the Cayman islands to Havana in Cuba and to both Kingston and Montego Bay in Jamaica. For shorter trips in the Caribbean, the airline offers 19-seat Twin Otter jets or the Saab 340 turboprop jet, which seats 33 to 38 passengers. Boeing 737a are used for longer flights from Miami, New York, Tampa, and Denver.

4. Cape Air
Cape Air with its seven-star rating completes the list of the top four regional airlines in the Caribbean. It is based in Barnstable, Massachusetts. Its inter-island flights fly from the airline’s regional hubs in San Juan, Puerto Rico. Flights travel to Vieques, St. Thomas, and St. Croix. Its planes include the small two-engine Cessna 402, which is used for most of these flights. Through a partnership with JetBlue, flights can be booked direct from the US to some of the smaller islands Cape Air services.

5. LIAT
LIAT, or Leeward Islands Air Transport, started its operations in 1973 and is based in Antigua. It has a safety rating of 6.5 stars from AirlineRatings.com and has a fleet of ten turboprop aircraft that are under six years of age. LIAT offers flights between Tortola, St. Kitts, St. Maarten, Dominica, Barbados, and many others.

6. BahamasAir
BahamasAir is the national, government-owned airline of the Bahamas. It also received a 6.5 star rating. The carrier flies Boeing 737s from Nassau and several cities in Florida. It also offers transfers from the Bahamian capital city to all of the archipelago’s 14 smaller, outer islands. It flies to Turks and Caicos, Havana, Kingston, and Santo Domingo, Dominican Republic. The airline operates ATR Turboprops, with all being under four years of age.

7. Copa Airlines
Copa Airlines is based in Panama and received a six-star rating from AirlineRatings.com. In the Caribbean, the airline’s network flies to Cuba, Nassau, Kingston, Montego Bay, Santo Domingo, and Punta Cana. It also flies to the smaller islands, including St. Kitts and Barbados. However, all of the flights are routed through the carrier’s main hub in Panama City.