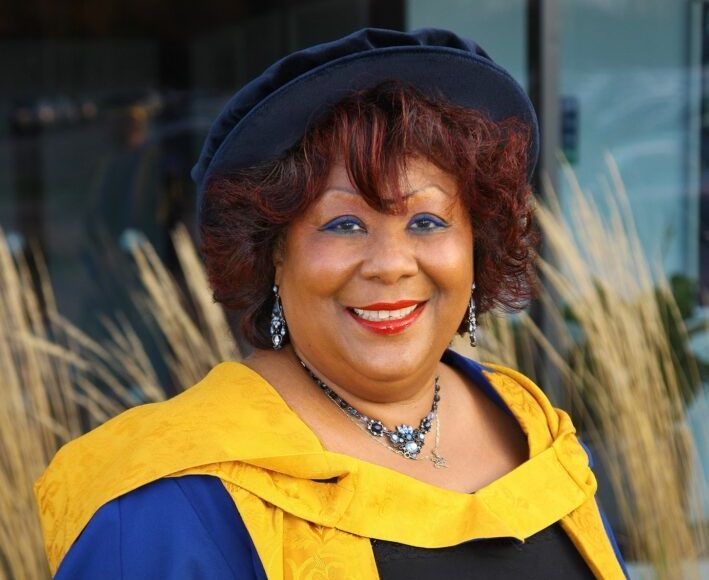 Born and raised in Jamaica, Karlene Davis went to England because she wanted to be a midwife. She first trained as a nurse, later as a midwife and then as a teacher of midwifery. Why? Because she wanted to see midwives acknowledged for who they really are – “ the lead professionals in maternity care….” A midwife is a health professional who cares for mothers and newborns.

And she had to work exceptionally hard to fulfil the dream that had taken her to England. Between 1994 and 2008, she was the General Secretary of The Royal College of Midwives (RCM). And she transformed the College into a modern professional organisation and trade union that bargained for the rights of its members; including Annual Midwifery Awards that recognise midwives for the very important role they play in the health of women and families.

In 2001 she was appointed Dame Commander of the Order of the British Empire (DBE), for services to the National Health Service and Midwifery. The University of the West Indies also awarded her an honorary doctorate for her outstanding contribution to the profession.

Dame Karlene Davis, DBE – born and raised in Jamaica – is the first black woman trade union leader and one of the most senior black women in the health profession in England.

Midwifes are “the lead professionals in maternity care, working together to enhance the wider public health both nationally and internationally.”