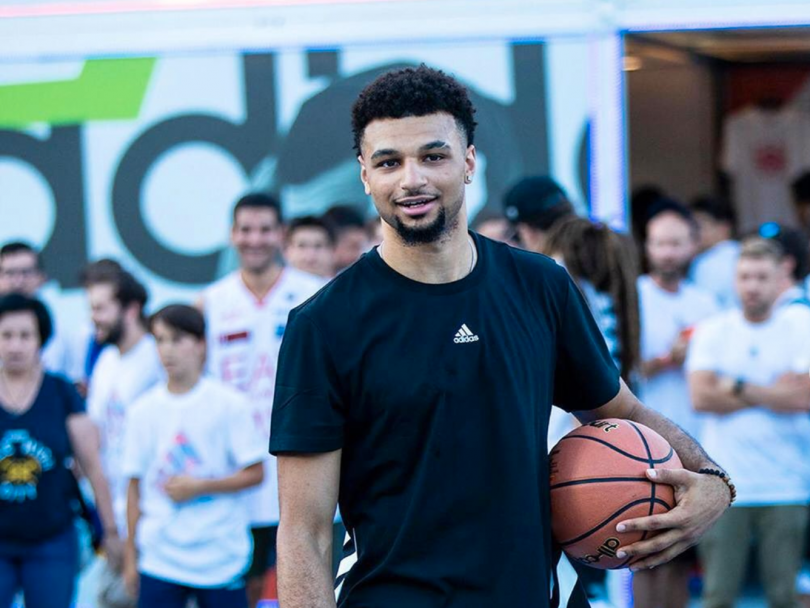 Point guard and shooting guard, Jamal Murray, is riding high in his NBA career with the Denver Nuggets. He just led his team in two historic series comebacks where his team was down 3-1 and they came back to win 3-4. It was a feat that had never happened in the NBA’s 74-year history and the Nuggets eliminated the NBA favorites, the Los Angeles Clippers.

Murray credits much of his success to his father, Roger Murray, who was born in Jamaica and moved to Canada. He vowed to help his son be the best at anything he wanted to do in life. Murray was born and raised in Kitchener, Ontario, Canada, watching from his stroller when his father was at the gym.

Under his father’s tutelage, he was making 30 baskets in a row by the time he was seven. The elder Murry instilled in his son a mental mind-over-matter attitude that enabled the NBA star to play through the pain of extreme injuries. The following are 10 things to know about Jamal Murray.

1. Murray is one of the loudest and most outspoken of NBA players on racial injustice and police brutality in the U.S. He has a pair of custom made shoes featuring the likenesses of George Floyd and Breonna Taylor who were killed by police. He uses them as a symbol to keep fighting for equality around the world.

2. Murray’s mother, Sylvia, is from Syria.

3. At the age of six, Murry was playing in a basketball league for 10-year-olds. As a 12-13 year old, he was playing against top-rated high school and college players.

4. He’s the first player to score more than 40 points in three straight playoff games in one series since Michael Jordan in the 1993 NBA finals.

5. Murray helped the Region of Waterloo open a basketball court at the Amos Avenue housing complex. It was inspired by the death of a toddler outside the complex that was hit and killed by a car.

6. He, his father, and Rondae Hollis-Johnson of the Toronto Raptors conducted a two-day basketball clinic in Jamaica for 800 children at Montego Bay Community College. They also gave away 400 backpacks with school supplies.

7. At the 2015 BioSteel All-Canadian Basketball Game, he was named MVP. In 2017, he was named NBA All-Rookie Second Team and Rising Stars Challenge MVP

9. The NBA star meditates to center himself and prepare for games.