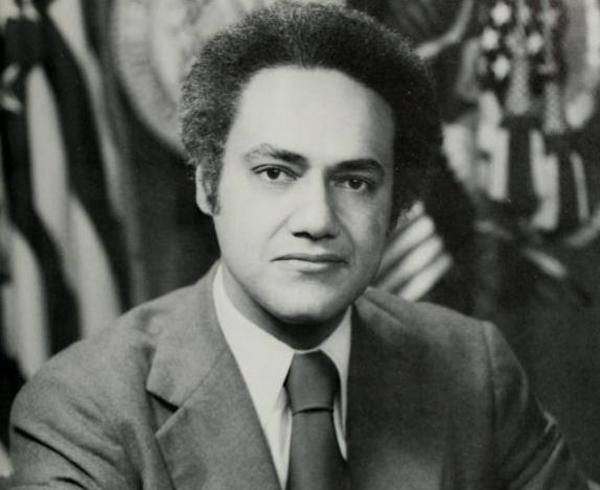 Clifford Alexander, Jr., the son of a Jamaican immigrant, made history when United States President Jimmy Carter named him Secretary of the US Army in 1977, and he became the first African-American to serve in that role. Prior to his appointment by President Carter, Alexander had held various jobs, including time as a Private in the US National Guard, working in the Department of Foreign Affairs during the presidency of John F. Kennedy, and being one of the top civilian employees in the US Army.

Clifford Leopold Alexander, Jr. was born in Harlem, New York in 1933. His father had immigrated from Jamaica and was the manager of the Riverton Houses a residential development in Harlem. His mother, Edith McAllister Alexander, was a community organizer and advised several mayors on civil rights issues. Alexander attended private schools, Ethical Culture and Fieldstone, then went on to study government at Harvard College where he was the first African American elected president of the student council. He graduated with a BA in 1955 and then studied law at Yale Law School, receiving his degree in 1958. He then enlisted in the New York National Guard and served for a brief term at Fort Dix, New Jersey, with the 369th Field Artillery Battalion.

He was appointed an assistant district attorney in New York County in 1959 and worked there until 1961 when he began working with various New York City groups, including Harlem Youth Opportunities Unlimited, which helped young African Americans in Harlem to obtain access to schools and jobs and advocated for educational reforms that would benefit Black communities. He also served as executive director of the Manhattanville Hamilton Grange Neighborhood Conservation Project in 1961 and 1962 before working in politics in Washington DC in 1963 when he was hired by the National Security Council as a foreign affairs officer. He was a counselor to President Kennedy and to President Lyndon Johnson before being selected to head the US Equal Employment Opportunity Commission (EEOC).

He left government service during the administration of Richard Nixon to become the first Black partner at a major law firm in Washington DC. He also anchored a syndicated news program before President Carter appointed him to be Secretary of the Army. His tenure in that role made it possible for other Black people to become generals, including Colin Powell, who became the first African American Secretary of State in US history.

Clifford Alexander died in 2020 at his home in New York City at the age of 88.