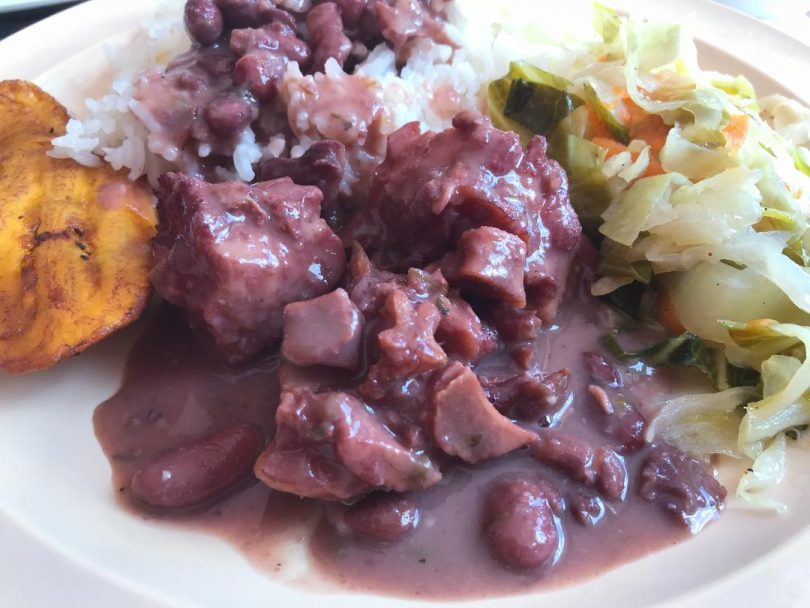 One of Jamaica’s signature dishes, Stew Peas, is the focus of a feature article in the New York Times, which characterizes the dish as a perfect reason to slow down and enjoy the time it takes for the ingredients to meld into the iconic mix of enticing flavors and aromas.

According to the article, which refers to what John DeMers calls Jamaica’s national dish in his “Caribbean Cooking,” the recipe calls for “red peas” – this is how kidney beans are known in Jamaica – that are cooked down in a mellow mix of coconut milk and beef, pork, or a vegetarian alternative flavored with garlic and herbs. Variations of the dish are found throughout the Caribbean, but the Jamaican version always includes spinners, which are flour dumplings that make the tasty stew into a full meal.

There is no wrong way to prepare stew peas, and additions may vary with the cook, but the basic recipe calls for dried kidney beans, salted pig’s tail, garlic, scallions, and canned coconut milk. The major element that brings it all together is time. Cooks know when the dish is ready when their kitchens are enveloped with its aroma and the only thing left to do is remove it from the stove and enjoy it.

The pig’s tail may be substituted with other cuts of pork, or it may be replaced with beef. The author of the article once made stew peas with Chinese sausage found in the back of a friend refrigerator with perfectly fine results. And the dish can also be made without meat. According to Craig and Shaun McAnuff’s cookbook, “Original Flava,” there is so much flavor already evident in the stew that meat does not have to serve as its “star attraction.”

The author highlights the anticipation associated with stew peas as it cooks all day and how the “slowness” of its preparation has become as much a part of the enjoyment as the actual consumption of the dish. In other words, it is “as much as feeling as a flavor.” 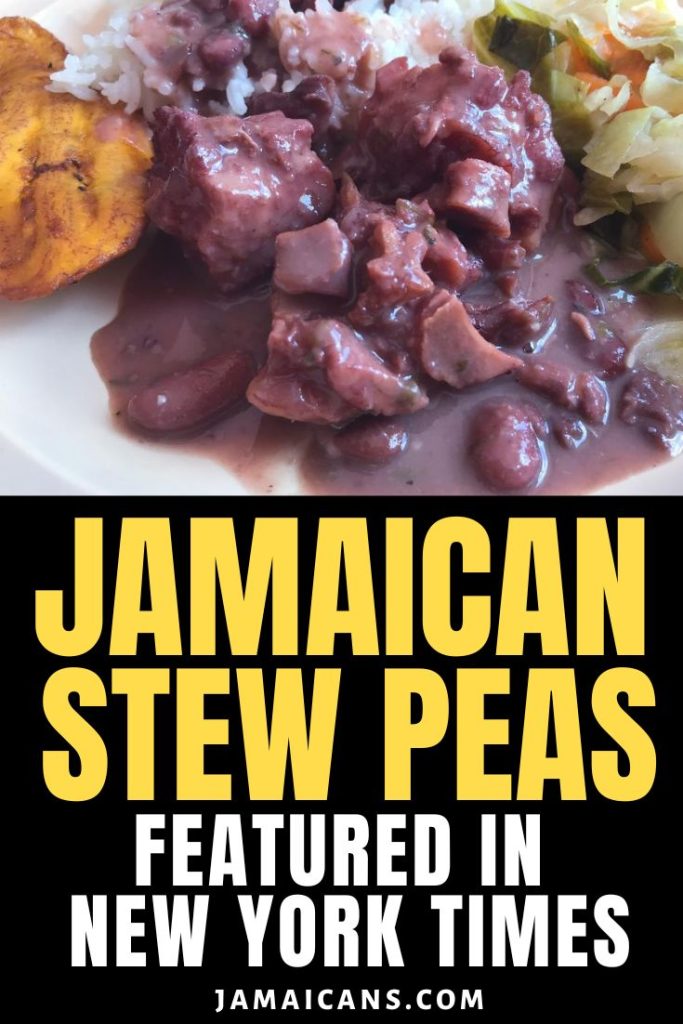