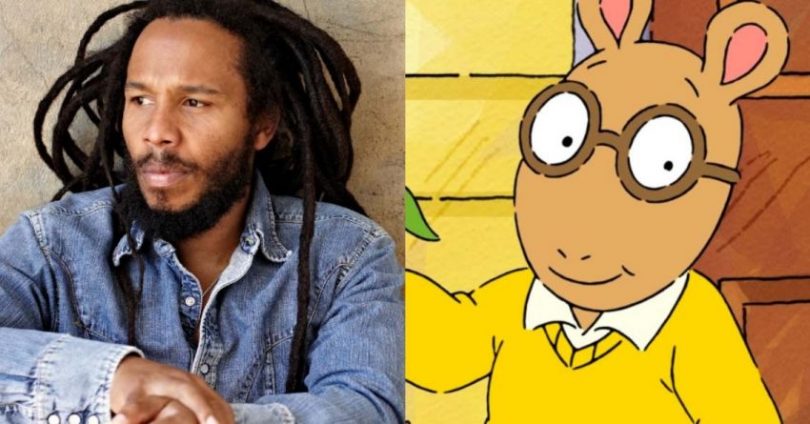 Grammy Award-winning Jamaican musician, Ziggy Marley, is well known around the world for his reggae music and as the son of Bob and Rita Marley. The legendary music maker also performs “Believe in Yourself,” the theme song of the popular animated children’s show “Arthur” on PBS.

Even though Marley has a highly recognizable voice to millions around the globe, it still comes as a complete surprise when parents that have been singing the catchy tune with their children learn who is actually performing the vocals.

The song came about in 1996 when Marley and his band the Melody Makers released a song called “Love Power” for the soundtrack of “Muppet Treasure Island” for Jim Henson. He also recorded “Hey What a Wonderful Kind of Day” that was later renamed as “Believe in Yourself” and released as the theme song for “Arthur.”

Born David Nesta Marley in Kingston, Jamaican, he took the stage name Ziggy, a nickname given to him by his famous father. His musical career began with a group of classmates known as The Seven Do Bees and went by the stage name of Freddie Dic at that time. In the 1970s, he performed abroad with his father and brother, Stephen. In 1979, he formed the Melody Makers, comprised of his siblings.

Marley has released numerous singles and albums, both as a solo artist and with the Melody Makers, and collaborated with other well-known musicians that includes Flea and John Frusciante of the Red Hot Chili Peppers and Donna Summer. He’s also made appearances on several TV shows such as “Family Matters” and “Sesame Street.”

The musician has lent his talents to a variety of projects. He was the voice of a Rasta jellyfish henchman in the movie “Shark Tale,” the voice of Coackadle on “My Gym Partner’s a Monkey,” the Cheshire Cat in “Wonder Pets,” and Reflux the Knaaren in “Rayman 3: Hoodlum Havoc.” He performed “Three Little Birds” for the “Dora the Explorer” soundtrack.

Marley is the founder of Unlimited Resources Giving Enlightenment (URGE) that helps children in Jamaica and Ethiopia. He also supports the nonprofit Little Kids Rock that provides free lessons and instruments to children in public schools in the U.S.

With the Melody Makers, Marley released 10 albums. He released seven solo albums and four live albums. He’s received numerous awards and accolades, including The George and Ira Gershwin Award. The albums, “Conscious Party,” “One Bright Day,” and “Love is My Religion” all won Grammy Awards for Best Reggae Album. 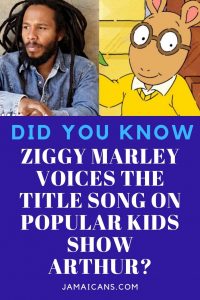