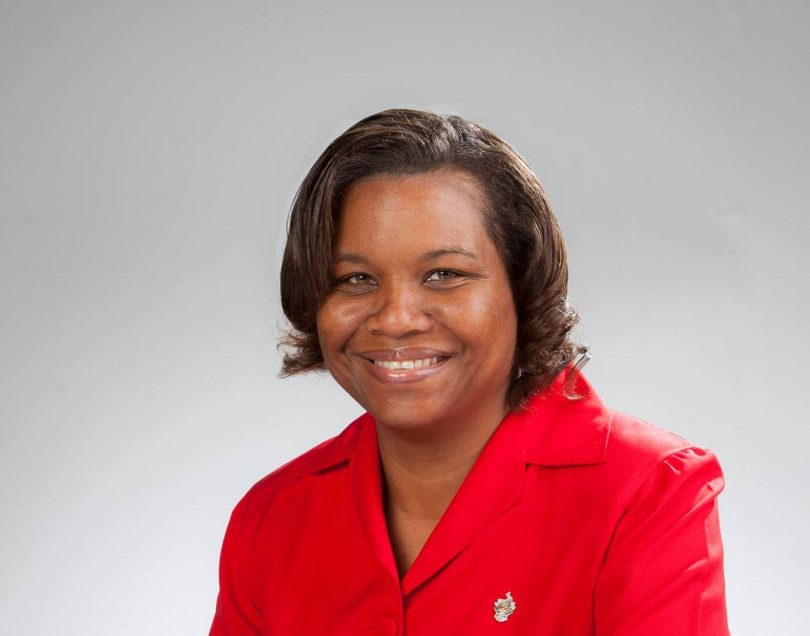 Dr. Marcia Roye grew up in a farming family in the parish of St. Elizabeth, the breadbasket of Jamaica. She had no ambitions to be a scientist, but she was very good in the science subjects, especially chemistry and physics.

Although she loved school, like any other little girl, there were times when she did not feel like attending. Whenever she felt this way, she would hear her mother’s words ringing in her ears: “Even if fire falling down from the sky, you going to school today.” Her mother simply did not accept any of Marcia’s ’reasons’ for skipping school.

The little girl who thinks “it is nice to help people” became a Biotechnologist, specializing in plant virology. Biotechnologists use science to improve plant and animal life by making them more resistant to diseases, for example; growing bigger, more nutritious vegetables.

She is the recipient of many awards, beginning with the UNESCO L’Oreal Fellowship for Young Women in Science (2000), Jamaica’s Scientific Research Council/Shell Young Scientist/Technology in 2000 The American Fulbright Fellowship(2003) In 2011 she received UNESCO – L’Oreal ‘s Special Fellowship “InthestepsofMarieCurie for exceptional female researchers, the first Jamaican to have done so. Marie Curie a French physicist and chemist who did ground-breaking work on radioactivity, was the first woman to win a Nobel Prize in 1903, not only once, but twice in two different field s- Chemistry and Physics.

Dr. Royes has also won several other awards and prizes for her work. She travels to many countries and works with other scientists in identifying plant diseases and methods to control them. She serves on local, regional and international committees in the pursuit in improving agricultural practices to reduce world hunger.

Her contributions have not been confined to plant virology. She has also conducted extensive research in HIV, to find out why some patients are resistant to HIV.

In 2017 Dr. Royes was appointed Professor in the Biotechnology Centre, Faculty of Science and Technology at the University of the West Indies.

Nobel Prize: The Nobel Prize awards persons of outstanding achievements in science and culture. It was created 1896 in honour of Alfred Nobel, the Swedish inventor of dynamite.

Leader: A leader is someone who is a pioneer, who discovers new things.