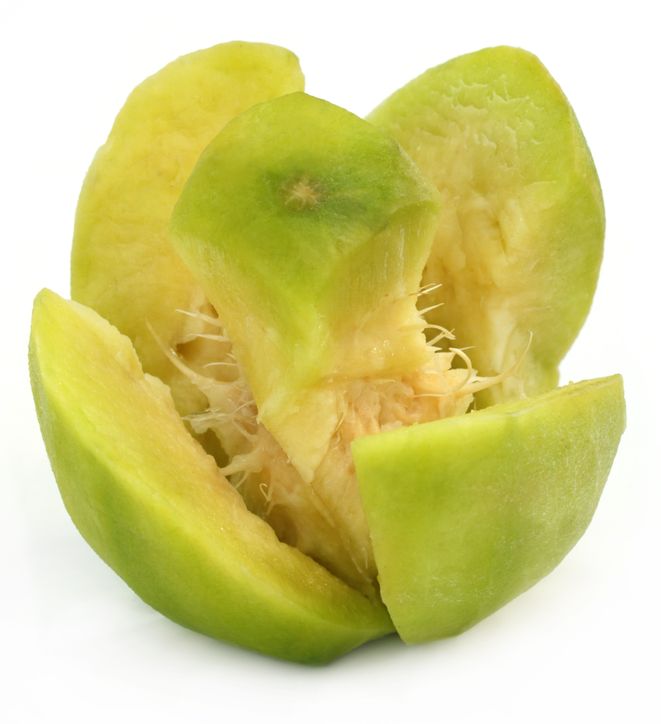 One of the best features of summer for Jamaican children is the proliferation of fruits that come into season. Among these are the beloved June plum. Many of us have memories of licking the juice off the inside of our wrists, not wanting an ounce to be wasted. Not much has changed as this fruit remains among the top favourites of Jamaican children.

The June Plum, Jew Plum, Ambarella, Golden Apple, Hog Plum, or Yellow Egg carries an oval shape, is tangy and can be eaten unripe. The flesh is firm and surrounds a seed that is somewhat spiky. Children love June Plum with a generous helping of salt. In terms of taste, the June Plum is a hodge-podge of sweet/tangy fruits like cherries, mangoes, pineapples and star fruit.

These plums are mainly found in the Caribbean and South America and are native to South East Asia. They were brought to Jamaica in 1872 and have done very well in the tropical climate. An ornamental variety has been developed—which equals a smaller tree and fruits—but Jamaicans don’t seem to favour them much. They like the original kind a lot better.

June Plums are a great source of Vitamin C and K. Unripe, they carry a good amount of protein. They are helpful for lowering high blood pressure and improving respiratory ailments, thanks to the antibiotic properties they contain. Constipation, diabetes, headaches, heart, and urinary conditions are said to benefit from including June Plum in the daily diet. The bark, leaves, and roots are helpful in treating a variety of ailments, including mouth sores, diarrhea and skin irritations. The leaves (when boiled) also have the reputation of being an effective moisturizer.

Most Jamaicans eat June Plums straight off the tree. This sweet/tangy wonder of nature makes a refreshing drink, jam, chutney, sauce and is also served with meat and seafood. In some cultures, they are stewed and eaten as a vegetable.