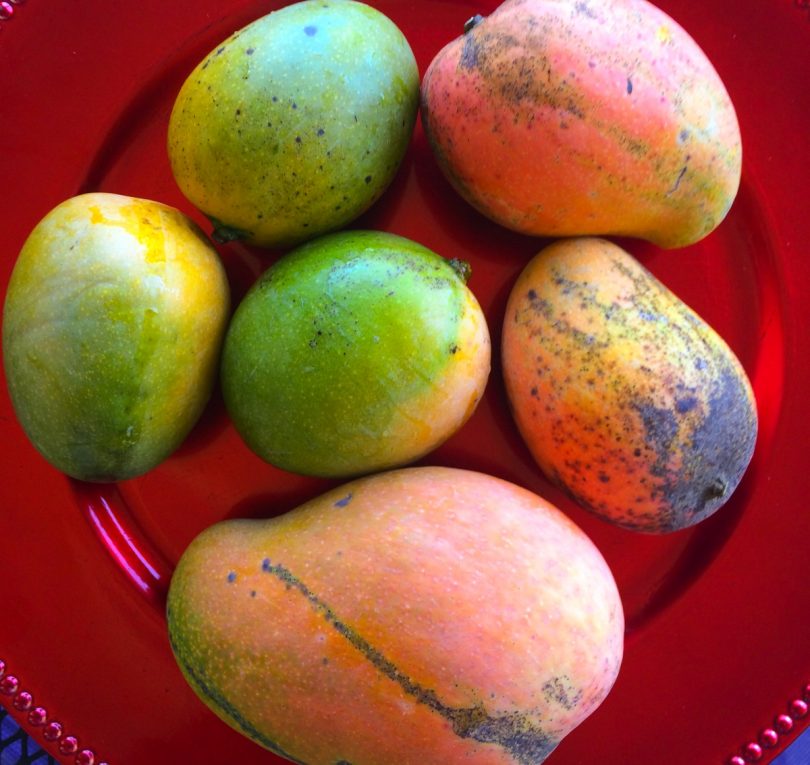 Thanks to a constant tropical climate, Jamaica is home to a wonderful selection of succulent, juicy fruits, many of which are available to enjoy year round. With such a wide variety to choose from, many Jamaicans have their favorites and will ‘tek God off di cross’ that their fruit is the best! Here are the top 12 Jamaican fruits we love. Mango may very well be at the top of the list of  ‘Most Loved Fruit’ for many Jamaicans. This sweet yellow fleshy fruit was brought to Jamaica by the Indians, and has since grown in heavenly abundance all over the island. There are several types of mangoes each different in appearance, smell and taste. Stringy, East Indian, Bombay and Julie are some of the popular varieties, but make no mistake – Jamaicans have their specialty among these unique flavours. Jamaican Jew plum, more commonly known as June plum, is a firm fruit that is eaten both when ripe and unripe. It was brought to Jamaica by Captain Bligh, probably from Hawaii. Beneath the crunchy pulp is a small seed with prickly spikes that have never deterred even the smallest child from eating it. The green June plum is coated with salt and pepper, and eaten as a summertime snack called pepperpot. When ripe, the June plum is even more succulent. It makes a delicious drink and can be stewed with brown sugar for a sweet Jamaican dessert. Some say that Sweet Sop was the first fruit found in Jamaica while others trace its origin back to the Spaniards who were perhaps responsible for carrying the fruit to the New World. However, despite its origin being unknown, Sweet Sop is now widely cultivated in Jamaica. This round and slightly heart shaped fruit has a lumpy green skin with an unexpected creamy white flesh and numerous glossy seeds. The fruit is loved for its custard-like taste and is most commonly eaten in its natural state straight from the tree. The tropical Jamaican fruit is known by other names such as Guanabio, but is referred to by Jamaicans as Soursop. It supposedly got its name because of its slightly acidic taste. The fruit is covered by a green, leather-like skin with a few curved, pliable spines protruding all over. Some describe the taste of the white fleshy pulp as a mixture of pineapple and banana. Jamaicans love this fruit most when it’s used as a drink and is often combined with condensed milk or lime. Tamarind is said to have come in Jamaica in the 19th century with the arrival of the Indian indentured laborers. The fruit has a pod like shape with an acidulous pulp which is brown or reddish-brown when matured. It is popularly used for making juices, sauces and the all-time favourite bite size treat known as Tamarind ball. To make Tamarind balls, the pulp of the fruit is rolled in a ball-like shape with sugar, ginger and other spices, then left to dry. Brought to the Caribbean by Columbus, sugar cane took root in Jamaica and was the driving force behind the institution of slavery in Jamaica and the West Indies. With the sugar plantations long gone, sugar cane is now widely enjoyed in many parts of the country particularly in the West. Sugar cane is a grass like plant from which sugar and rum are made. Mature cane is peeled, cut up, and sold in convenient bags by roadside vendors throughout the island, for cane lovers to grab and go and enjoy. The guava fruit is another Jamaican favourite that is grown in abundance in the eastern parish of St. Thomas. All parts of the guava can be eaten – the skin, the outer yellow flesh, and the inner pink flesh littered with hundreds of tiny edible seeds. As the guava ripens, it turns from green to yellow, and the ripe guava has a very strong, musky scent. Guava is a popular ingredient for guava sauce and also makes a delicious drink. Grown on shrubby trees, cherries are tiny, soft red fruits that are slightly tangy but also deliciously sweet. The Vitamin C loaded fruit is native to the Caribbean, Southern Mexico, Central America, Peru and Bolivia. A cherry tree can be found in many backyards of Jamaicans and is grown in all the parishes.  The fruit is often enjoyed in its natural state by young, old and in between, but is perhaps even more liked when used to make the popular cherry juice. The guinep is a common summer fruit enjoyed by people of all ages. Despite being known for its somewhat stainy characteristic, guineps are a delicious delight commonly found in most parishes. The fruit is encased in a green shell that when cracked open reveals a slightly pinkish flesh. Although it takes some effort to suck the ‘food’ off the guinep seed, getting a bunch of guineps is worth it. The wonder of the guinep may lie in its surprise, as the taste runs the gamut from slightly acidic to being extremely sweet at times. Naseberry is a relatively small round brown skinned fruit with brown flesh and several black seeds. It is well loved for its extremely sweet taste and its striking aroma. Known as Sapodilla in other countries, naseberry is native to the Caribbean. Its mello taste make it a perfect snack to have any time of day. Originating in the South Pacific islands, Otaheite apple is also said to have been brought to Jamaica by Captain Bligh. The oblong, pear-shaped fruit has a thin, smooth and dark red skin protecting a white spongy flesh that has a sweet flavour. Most locals enjoy it  right off of the tree, while others have found a variety of ways to enjoy the fruit such as making a refreshing apple juice prepared with ginger. Jamaican Star Apple is a round fruit, about the size of an orange that is often referred to as ‘Matrimony’ by Jamaicans. The fruit gets its name from the characteristic star design seen when it is cut in half crosswise. Two variations of this native Jamaican fruit exist; the most commonly known is the dark purple star apple with purple flesh, but there is also the green skinned type with white flesh. The fruit is found mostly in countryside areas and is more popular during the summer months. 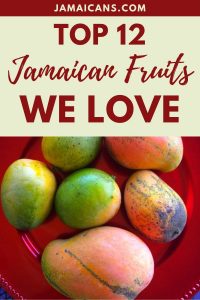