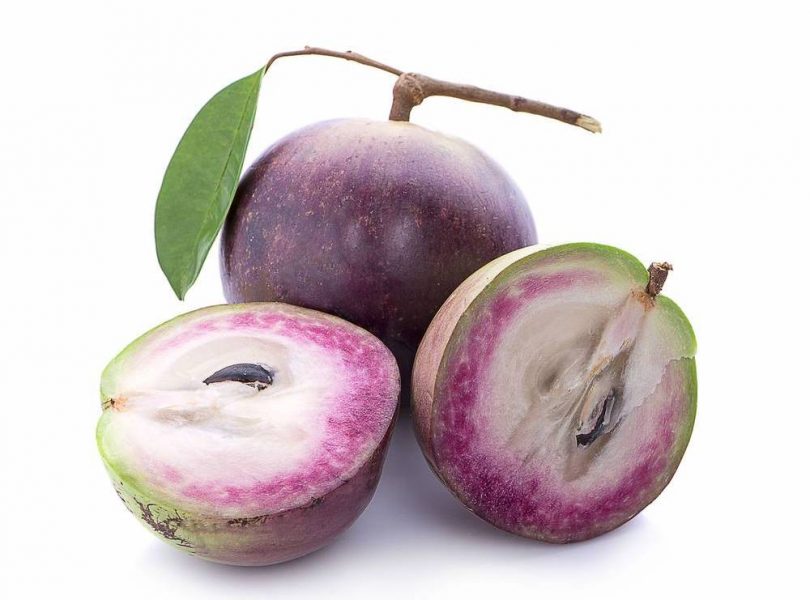 Almost every Jamaican child has fond memories of sitting under a star apple tree and eating the luscious fruit. Its official name is Chrysophyllum caimito and it takes its common name of star apple for the distinctive pattern that’s revealed when the fruit is cut in half. Star apples have sweet flesh and an appealing purple or green skin, depending on the variety.
Star apples don’t fall from the tree when they’re ripe. They must be hand-picked and the fewer the seeds in the center, the sweeter the fruit tends to be. The taste of the aromatic fruit is known for its hints of apple, persimmon and lychee. In Spain the star apple tree is known as caimito maduraverde, the golden-leaf tree in France, and ajara and caimito in Portugal.
The star apple has a long and distinguished history dating back to the 1500s when it was discovered growing in Peru by Spanish explorer, Cieza de Leon. From there, the tree was taken to the Caribbean, Guatemala, India, Panama, Philippines, and Zanzibar. The United States began obtaining star apple seeds from Jamaica in the late 1800s for cultivation in Florida and later in Hawaii. 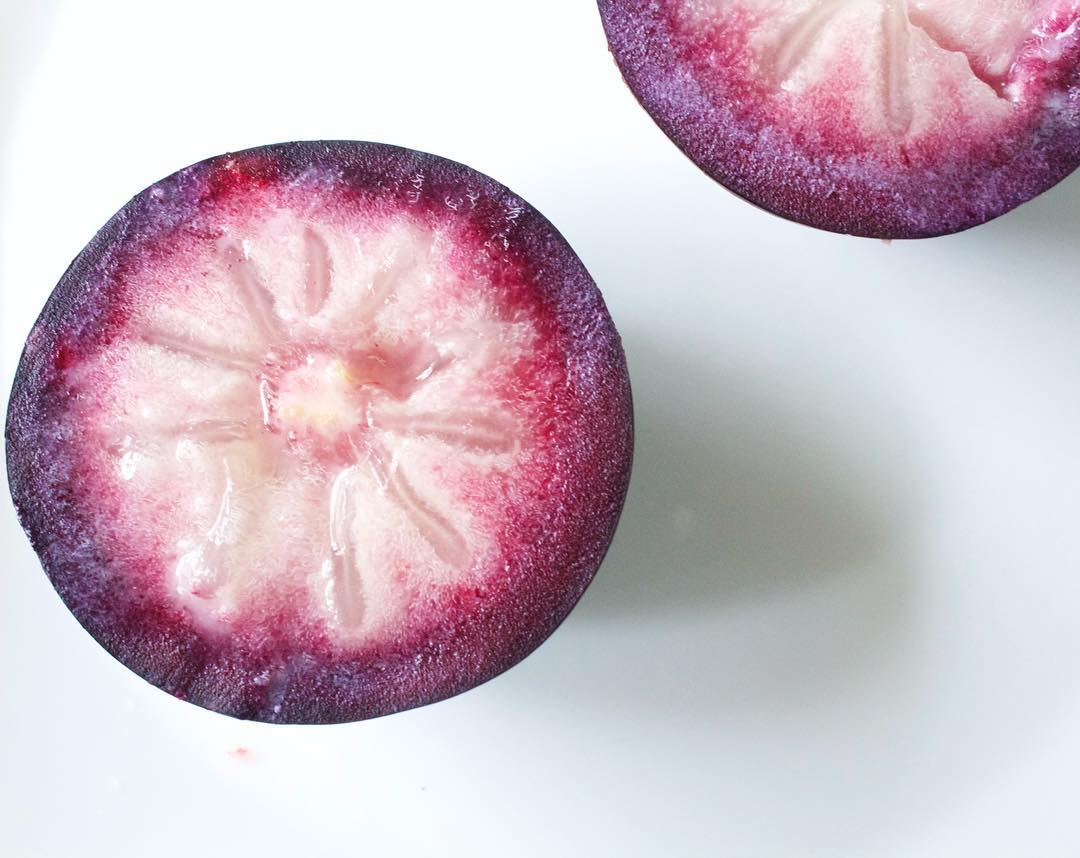 Star apple requires a tropical climate to grow. One of the reasons that many people are still unfamiliar with the star apple is that its seldom seen in ordinary supermarkets. Its typically sold in health food stores. It’s prized for its antioxidant and medicinal properties – and delicious flavor. When properly prepared, the seeds are used as a tonic, diuretic and fever reducer.
The fruit contains antioxidants that aid in fighting free radicals and the flesh is known for its anti-inflammatory properties. It’s used in various ways to address dysentery and bladder infections. Star apple is an excellent source of vitamin C, calcium and phosphorous.