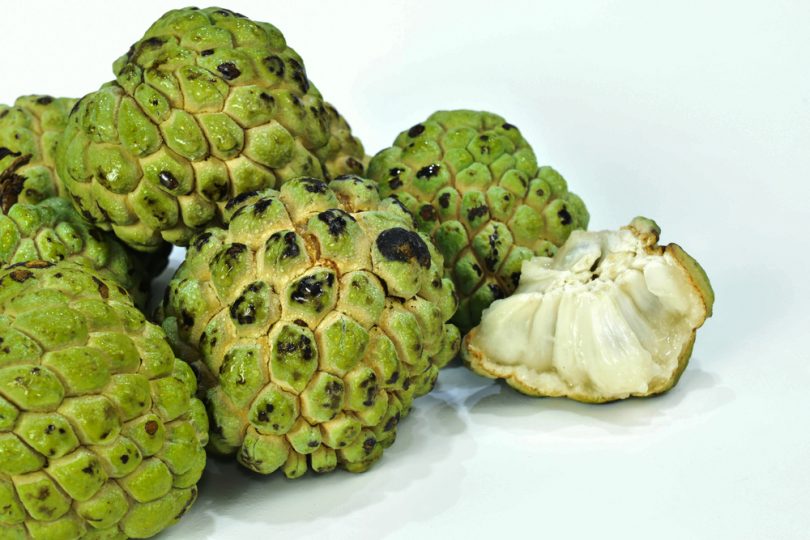 For anyone that enjoys the rich, sweet taste of custard, the Jamaican sweetsop could very well be an ideal fruit. Fans of the fruit, both young and old, say the taste of the fragrant, segmented flesh resembles custard.

There’s some debate over when and how the fruit arrived on the island. Some say it was found growing naturally, while others contend it was brought to Jamaica by Spaniards. A highly sought and prized specialty fruit in modern times, ancient Indian sculptures have been found that depict what looks like sweetsop.

Highly prized, the fruit is cultivated in Jamaica and typically eaten fresh. It’s smaller and lacks the spiny skin of its cousin the soursop. Sweetsop has a bumpy rind, is about the size of a tennis ball, and resembles a pinecone in shape. When the fruit is extremely ripe, it’s segments will open like a pinecone to reveal the tasty flesh. The fruit has a grainy texture, similar to a cross between mashed banana and a pear. 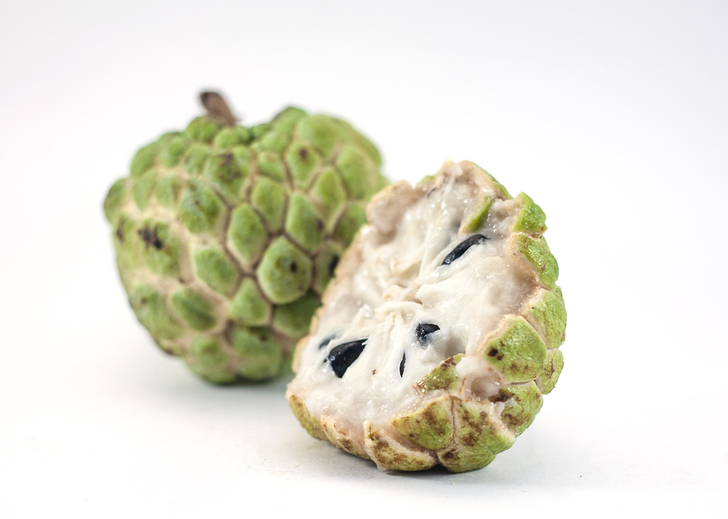 Sweetsop is seldom found cooked – its primary value is as a fresh fruit, as a standalone desert, in shakes and ice cream, and in salads. When the fruit is cooked, it’s typically for use in the making of preserves and jellies. It’s also known by names that include sugar apple and custard apple.

The fruit has been used in the creation of effective home remedies for centuries and the fresh fruit has long been used as a balm for boils and ulcers. Sweetsop is high in fiber for digestive health, potassium that aids in regulating blood pressure, and vitamins B2, B3, B5, and B6. It contains trace minerals of magnesium and phosphorus for strong bones and teeth, along with natural anti-inflammatory properties.

Sweetsop is rich in antioxidants that help the body neutralize free radicals responsible for the signs of aging. It contains significant levels of vitamin A for healthy skin, hair, vision, and the immune system. The fruit is a significant source of iron that the body needs for producing red blood cells and hormones and preventing anemia.

The seeds are toxic if ingested, but are an effective remedy for head lice when crushed, powdered and applied to the scalp. In the distant past, it was powdered and used as a fish poison. In modern times, the seeds are often utilized as an ingredient in insecticides. 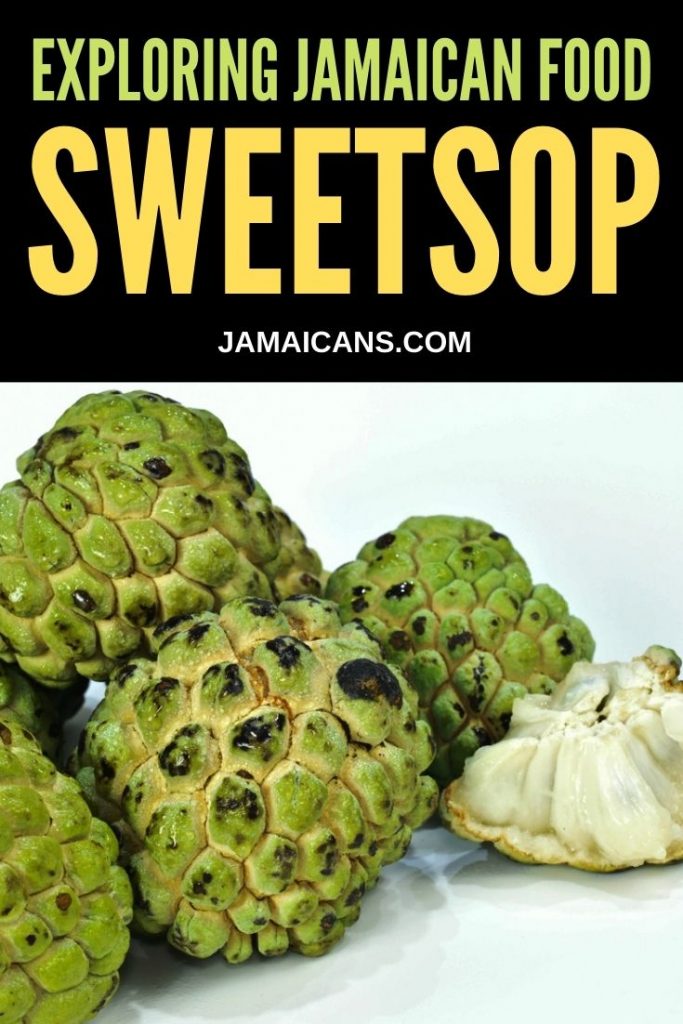