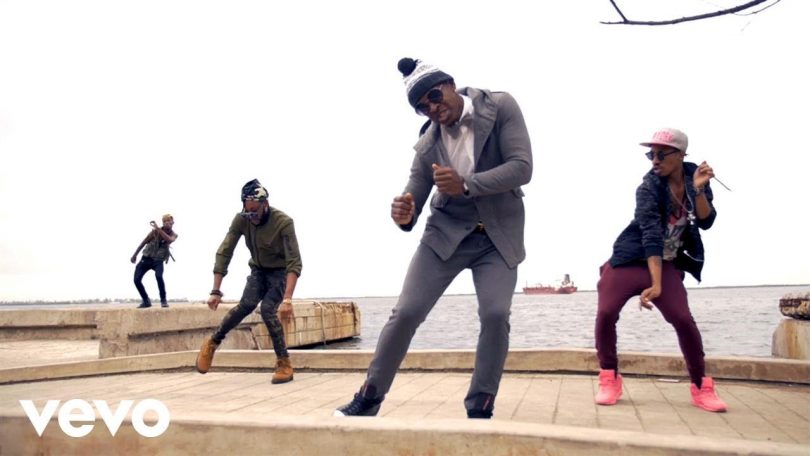 Well, Technically the first 2 big dance tunes as this is a double video.

Mr. Vegas, here in his 20th year on the scene, continues to provide evidence of what makes him worthy of eventual legendary status in dancehall. He’s done everything you can ask for from recording with the top artists in music including collaborations with Beyonce, DMX, Pitbull, French Montana ect. to hitting the international charts on his own as an independent artist with infectious hits from “Heads High” to “Bruk it Down” and a slew of other’s in between. To truly appreciate the spectrum and magnitude of the catalog of certified Dancehall classics he’s amassed, one simply has to take in a live show and experience the energy for one’s self as his performances reflect perfectly that body of work.

Last year, concerns had arisen amongst his core fan base that he’d be abandoning dancehall music when he released his impressive 1st gospel album entitled Soul Therapy. This introduced his followers to a very personal side of himself as he opened up about his faith and great love for the almighty creator. With Lady Saw making a similar move in the previous year and swearing off her dancehall roots, fans feared the same from their high-pitched hero. Gratefully, this was not the case as the album was followed by multiple dancehall singles keeping fans fed with the flavor with which they’d become familiar over the years.

So here we are in February of 2018. Black History Month! It seems like the ever active artist and king of facebook live controversy would like to remind his fans that all seats in which he’s been previously seen must still be considered occupied at all times. You never know when he’ll be returning for one of them. In response to situations ongoing in parts of Jamaica, Mr. Vegas released “Pray About It”, an uptempo dancehall track appealing to his countrymen to pray for a peaceful end to a string of violence that has troubled the beautiful island. BUT WAIT! THERE’S MORE!

Before the dust could settle from one release, Vegas dropped a video introducing TWO, YES TWO SCORCHING NEW DANCE SINGLES! “Follah De Leada / Nothing Wild” brings the fun with the same dance energy that we’ve become accustomed to from songs like “Gallis” and “Tek Weh Yuself”. As soon as the riddim drops, the action starts and you’d be hard pressed to resist jumping up following the prompt to “One two step and rock yuh shoulda!”. With this new video, it’s safe to assume that the “Pull Up” Sing-Jay may very well be a a force to be reckoned with for yet another 20 years.

Check out the video below and let us know if it moves you. If not, I’d check my pulse if I were you!