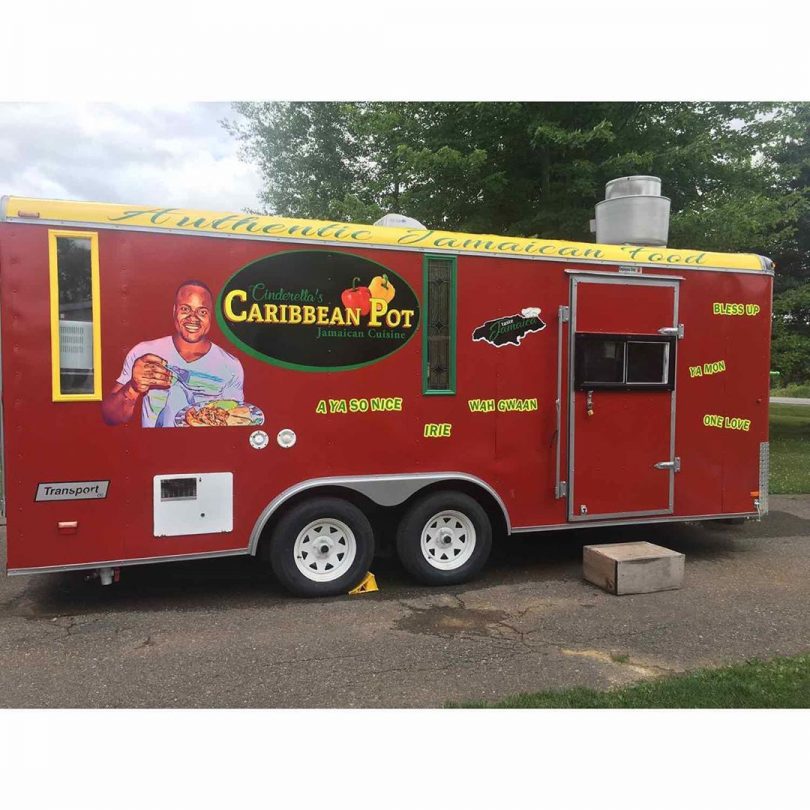 Jamaican Richard Gardner is the proud owner of Cinderella’s Caribbean Pot Jamaican Cuisine, a unique food trailer that is the first step toward having his own restaurant one day. Gardner first arrived in Canada from his home in Jamaica on a farmworker program. Between 2007 and 2014, he traveled back and forth from the island to Canada with the program, and in 2014, he moved to Canada for good. He continued his work as a farm laborer until 2019.

Gardner, who does not like being in debt, saved his money for six years so he could start his business without having to rely on a bank. He launched his food trailer operation in Centreville, Nova Scotia, on August 7, 2020. He had wanted to open in April, but the COVID-19 pandemic altered his plans.

The name of his business, Cinderella’s Caribbean Pot Jamaican Cuisine, was chosen to honor his mother, who cooks for parties, weddings, and other special events and large functions in Jamaica. Gardner says he gets his love of cooking from his mother and had watched her and helped her in the kitchen during his childhood. He now uses her recipes.

Gardner’s food trailer immediately attracted customers, with some now returning every day, and he reports that his food is receiving “great reviews.” Jerk chicken is his specialty, and while he offers a set menu, the specials change on a daily basis. He makes everything fresh on-site every day, and he believes in supporting local businesses, so all of his ingredients are sourced locally. The food truck is painted in the colors of Jamaica and is easy to spot with its portrait of Gardner on one side. He worked for about a year to renovate the trailer to his liking, in particular removing deep fryers in which the previous owner prepared fish and chips. 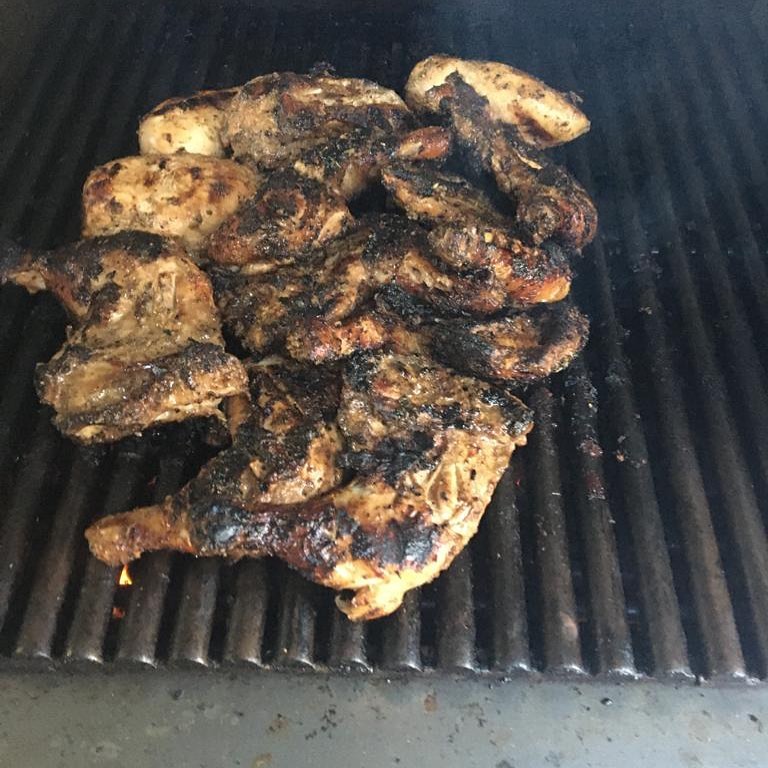 In addition to the food business, Gardner also operates a DJ business called Unruly Sound. He has had to put this on hold due to COVID-19 but satisfies his love of music by playing Jamaican songs, including Bob Marley tracks, out of the food trailer.

Serilla Gardner, his wife, said she is very proud of her husband’s accomplishments and described the first reaction to the business as “overwhelming.” She noted that her husband had not been familiar with Canadian food when he first moved to the country, but that soon changed, as he “couldn’t stay out of the pot” when she was preparing a dish and had to “add his flare to it.” He is also good at preparing Chinese cuisine, she said.

Gardner’s Cinderella’s Caribbean Pot food trailer is generally located in the parking lot of West Side Charlie’s on Commercial Street in New Minas. He plans to take the trailer to events in the future, but there is not a lot going on at present. The eatery is open Tuesdays to Saturdays from 11 a.m. to 4 or 4:30 p.m., which when he typically runs out of food for the day. He usually stays open later on Fridays.