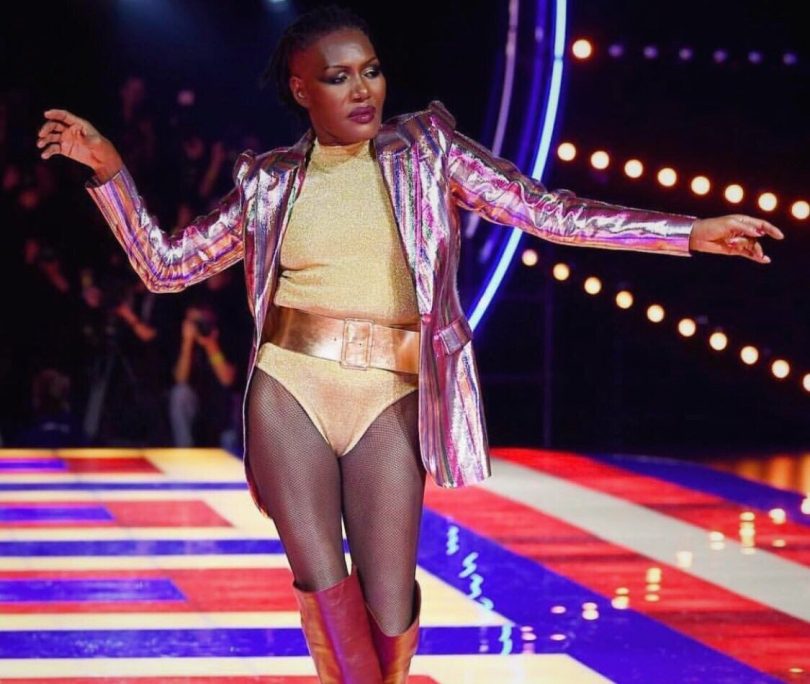 Iconic Jamaican-American supermodel, actor, and singer Grace Jones, 70, wowed onlookers on March 2, 2019, at the Tommy Hilfiger X Zendaya TommyNow show at Paris Fashion Week. Jones showed off a gold bodysuit and striped blazer, strutting the runway to the sounds of her 1981 hit song “Pull Up to the Bumper.” All the models at the event were Black and represented a variety of body types and ages in a showcase that drew its inspiration from the 1970s and 1980s. Jones, who was born in Jamaica in the 1940s, became famous during the Seventies due to her successes as a model and singer. Jones has long been an entertainment and fashion icon and has always been popular with the LGBTQ community with her gender-nonconforming dress. Other 20th-century icons at the show were Pat Cleveland, Beverly Johnson, and Veronica Webb. All of them were instrumental in improving the perception of Black women in the fashion industry.

The Tommy Hilfiger X Zendaya TommyNow show was a re-creation of the storied “Battle at Versailles” fashion event where American brands competed with iconic French brands in 1973. The 1973 show has been characterized as the pivotal point at which American Fashion began to be taken seriously on the international level.

The 2019 production was aided by Zendaya’s stylist Law Roach and featured legendary fashion industry stars like Pat McGrath and Kim Kimble, who did makeup and hair respectively, as well as an all-Black cast of model greats like Beverly Johnson, the first black model on the cover of American Vogue.