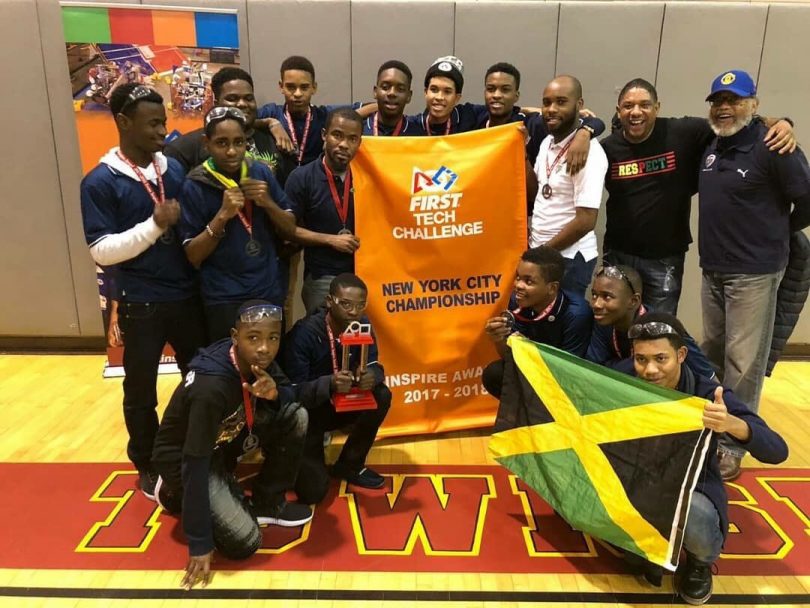 The 13-member team from the Jamaica College Robotics Club will advance to the Super Regionals in Pennsylvania after coming in ahead of its competitors in the FIRST Tech NYC State Regionals Championships, winning the Inspire Award once more. On its Facebook page, the team posted, “We are proud Ambassadors of @jamaicacollege and Jamaica”.

The Inspire Award is the top award given to teams at the FTC Championship. It is given to the team that is the best example of all-around excellence, acts as a strong ambassador, and is the best embodiment of the spirit of the US FIRST program.

The yearly robotics competition challenges teams of high school students and their mentors to raise funds, design their team brand, polish their teamwork skills, and then build and program industrial-sized robots weighing up to 120 pounds to play a difficult game against competitors.

The competition provides an experience as close to real-world engineering as students can get. Students are guided by volunteer professional mentors. The FIRST Championship is conducted at the end of each season. The robotics club received $2.6 million from the National Baking Company, the top producer of baked goods in Jamaica, through its foundation.

Donate to the team today