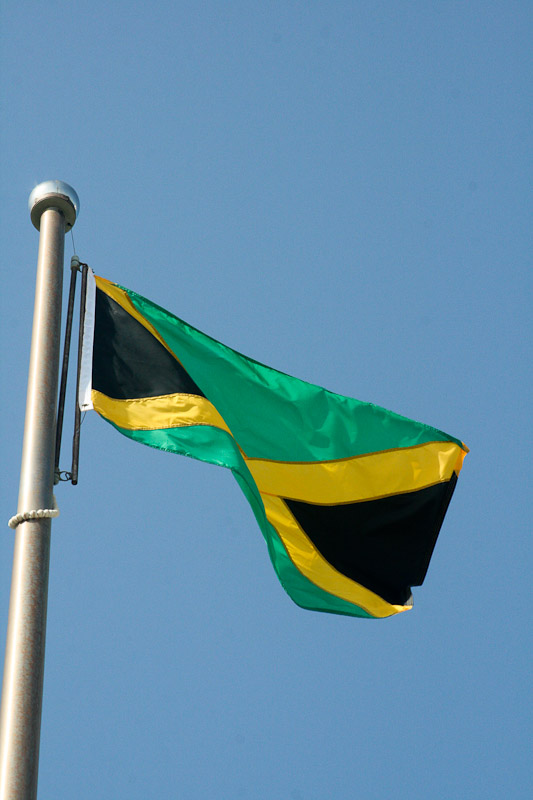 ‘Jamaica Day’ 2008 (Keelesdale Park) Toronto. On July 26, thousands of fellow ‘yardies’ from all walks of life and some from as far as Ottawa and Montreal converge on Toronto to celebrate Jamaica Day 2008.

The massive of people did not just simply show up though out of a sheer desire to come gallivant but did so out of patriotism, solidarity and nationhood pride to honor Jamaica’s 46th Anniversary of self-governance from them British tyrants.

This annual extravaganza is in similarity to Independence Day Festivals back a yard. The only little differences is that there is no prize winning bull on parade like on the Denbigh show ground in May-Pen, not a single solitary festival queen to crown or a festival song winner to declare.

Nonetheless, everyone turn out wearing the national colors. ‘Puss, rat and dwag’ in jaw dropping designs waving face-towels, handkerchiefs and miniature Jamaican flags as they jump and prance to the rhythms.

Indeed a splendid display of our traditions, heritage and culture that is so symptomatic of other vibrant Jamaican Communities scattered throughout the whole length and breath of Canada.

Making my way slowly onto Eglinton Avenue I gradually find myself submerge in a ‘bag of crowd’. Festival songs from generations long ago are playing; you could hear them one after the other from a ‘country’ mile away.

The ‘white media’ as always dubbed this part of Toronto ‘Little Jamaica’ and rightfully so. On this long everlasting road is the office of the Jamaica Consulate, the Gleaner Company, and Jamaica National Building Society. There are countless barbershops, boutiques, eateries and Jamaican restaurants.

Outside Keeledale’s Park, hustlers line the sidewalks with the latest dancehall music, DVD(s), videos, yardy comedies and documentaries. Trinkets, art & crafts, paintings, needle & thread works, books and artifacts are on sale and amid the meeting and greetings bargain hunters do business.

Everything Jamaican is in sight, from a ‘disguise weed-man’ to the obvious roots-man selling Irish moss, sour-sap juice and magnum. Drum-pans billowed smoke in the air as jerk vendors flip fish, pork and chicken on their grills.

There is no donkey cart ride but there is a Ferris wheel, there is no Maypole, but there is a Merry-go round. Soccer and netball games playing, domino slamming; man a drop six love, old men frolicking, music blasting, legs a drop, ‘pickny a romp’ and its just a fun loving Jamaican atmosphere.

Tony Rebel one of the main acts provided the crowd with a rebel salute, reeling off several former and present number one hits. As he voiced the lyrics of ‘Tribal war…we don’t want no more of that’ the people cheered and waved their flags as if the message was coming straight from the mouth of the lion of Judea, His Imperial Majesty Haile Selasie.

In between songs, The Rebel would shout praises to the all day incident free, family gathering that he was witnessing and heap praises on all in attendance. Later on, his band would ‘pull it up and jack it up’ and make way for Freddy McGregor.

From the great lakes of Ontario Freddy McGregor sailed the proverbial ‘big ship’ to safe landing onto Jamaica Day. Many people tried desperately to out do each other as they sing along to every selection. It was indeed vintage Freddy exciting the crowd with his soulful ballads and love making songs.

The people indeed had a wonderful time and many wanted Freddy to stay much longer than could be permitted. Jamaica Day 2008 was a huge success and everyone for sure will be looking forward to next year’s event.