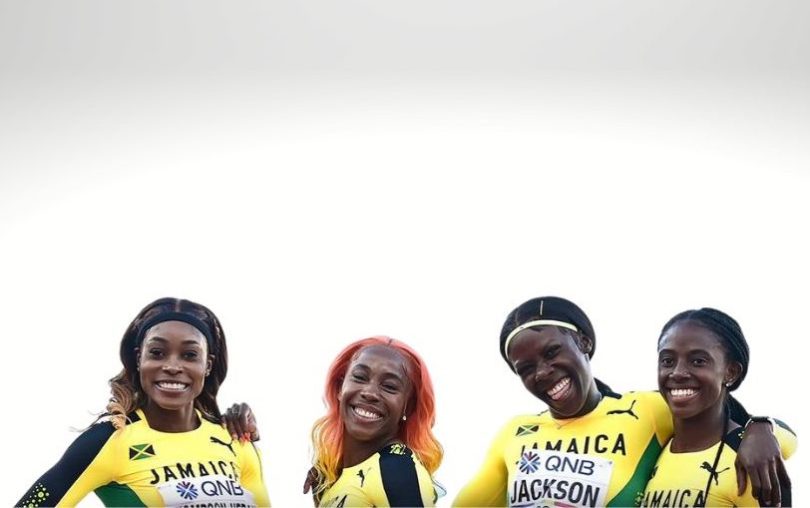 According to World Athletics, the women athletes of Jamaica ensured that their country ended 2022 at the top of women’s track nations for the year. In a placing table for 2022 that was released on December 19, 2022, Jamaica finished in first place with 75 points, beating out the United States, which had accumulated 74 points, and Ethiopia, which had 60 points. The rankings were based on the placing table for the World Athletics Championships held in the summer of 2022 in Eugene, Oregon. In the point system, eight points were awarded for first-place finishes in the final to one point for eighth place. 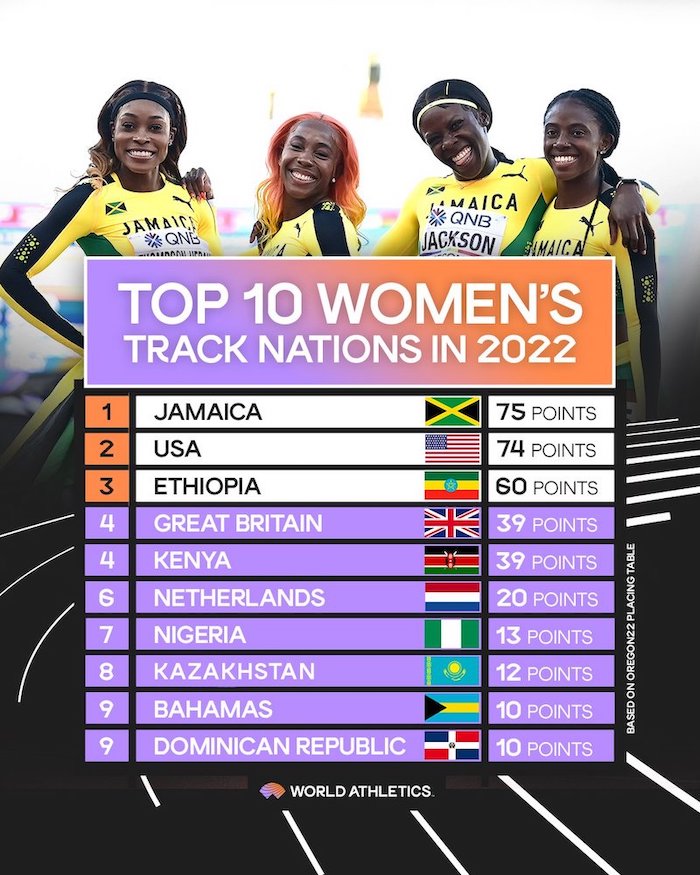 Shelly-Ann Fraser-Pryce ran her 15th season of international racing in 2022 and became just one of five women to run faster than 10.70 seconds in the 100 meters, something she did seven times during the season. Her time of 10.67 at the World Championships in Oregon made her the first athlete to win five world titles in one individual running event. With a time of 10.67 seconds, she won at the Wanda Diamond League before moving on to Oregon where she led Jamaica’s sweep of the medals in the 100-meter final. She said she was blessed to have the talent she does and is happy to be able to continue racing at the age of 35, after having a baby, and is grateful to be able to keep inspiring women to succeed in their own journeys.