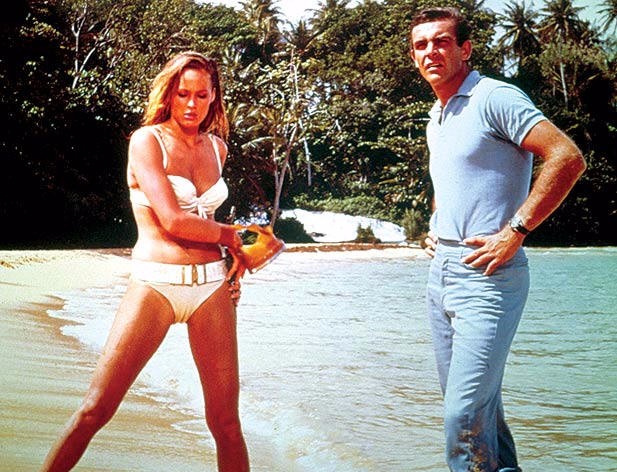 Jamaica and James Bond mark an important milestone this year as they both celebrate their 55th anniversary. To commemorate these two special anniversaries, the birth of an independent nation and the release of ‘Dr No’, The Jamaica Committee, Inc. in collaboration with Ortanique on the Mile and the Jamaica Tourist Board (JTB) will host Fifty-Five By Two on Tuesday, November 28, at the historic Miracle Theatre in Coral Gables, Florida. This charity gala will begin at 7 p.m. with a red-carpet event in the theatre’s grand vestibule.

“We are pleased that the Jamaica Tourist Board is partnering with The Jamaica Committee Inc. of Florida to celebrate these two significant milestones,” noted Donnie Dawson, Jamaica’s Acting Director of Tourism. “As a destination, we have contributed much to the global landscape in not just film, but music, sports as well as the performing and fine arts and hope Jamaicans and lovers of Jamaica will support Fifty-Five By Two.”

The Jamaica Committee Inc. sought to use the occasion of both anniversaries to organize this gala event from which the proceeds raised will go toward five charities: Chi Chi Bud, Jamaica Epilepsy Association, Maxfield Park Children’s Home, The Animal House and Victims of the September Storms.

The Bond series was written by Ian Fleming at Jamaica’s very own “GoldenEye” in Oracabessa, St. Mary, where he lifted the name James Bond from a book on Jamaican birds. Fleming admitted that having created the charming, debonair, devilish, charismatic character, the simple, steely name, James Bond was a perfect summation. Thus, James Bond, in his first appearance as Dr. No premiered on world screens with phenomenal success fifty-five years ago. The film was released just two months after Jamaica gained Independence from Great Britain in August 1962.

Ortanique on the Mile, which is providing the culinary fare for the occasion, will highlight the nation’s birth, as well as the glitz and dynamism of Bond. The event will also feature Bond’s exclusive martini “Shaken, not Stirred”. Entertainment for the evening will comprise a variety of genres including mento and ska which is expected to keep the patrons captivated. Exclusive photographs taken on the Dr. No set, which have not previously been released will be on display during the night.

A screening of the film Dr. No, will be held following the reception in the Miracle Theatre. Tickets for the gala cost $55.00 and are available from The Jamaica Committee, Inc. by calling (305) 775-5191.

About The Jamaica Committee Inc.

The Jamaica Committee Inc. is a 501(c)(3) non-profit organization in Florida and is registered with the Florida Bureau of Charities. Founded in 2000 by a group of committed Jamaicans who wanted to make a difference in the lives of the less fortunate in Jamaica as well as the United States, the committee has organized a number of fundraising events including the Pineapple Ball. The organization has as its motto: Enjoy Making Good Things Happen.