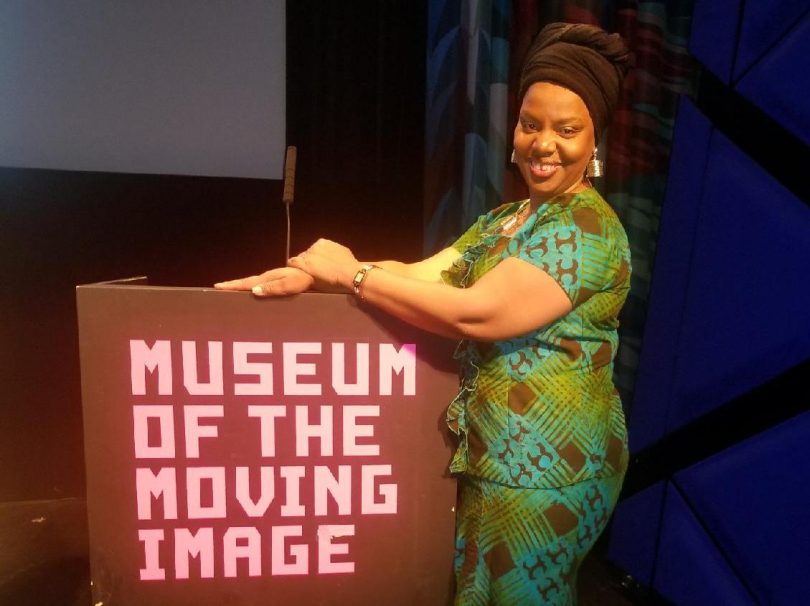 Award winning Jamaican born actress Dianne Dixon was the belle of the ball as the she joined fellow cast and crew members of the Emmy winning web series We Speak New York at the show’s Season two premiere and launch, held at the Museum of The Moving Image in Queens, New York on Wednesday May 9.

We Speak New York is a series of dramas about the lives of working class immigrants who come from all over the world to make New York their home. The show is created by the Mayor’s Office of Immigrant Affairs and the City University of New York. It is designed to assist adult immigrants for whom English is a second language in improving their understanding of English by watching the series, as well as to learn about their rights to city and community services. The show deals with topics as diverse as workers and immigration rights, the struggle to make ends meet in New York City, family issues and early childhood education, among others.

Season One of the series was titled We Are New York.

Dixon, last seen onstage in the world premiere production of the new musical Falling in Love With Mr. Dellamort at The Slipper Room , made a bold red carpet statement in a green African inspired dress with dramatic black turban, which paid homage to the character she plays on the show.

She appears in the episode Cesar’s Journey as Nana Aidoo, an African born ESL (English as a second language) teacher who helps guide a group of frightened and unsettled immigrants achieve a better understanding of American life through her work with them inside and outside the classroom.

Dixon describes her as a “Wise, thoughtful and humorous woman with great empathy who remembers all too well her own arrival and difficult adjustment to life in the USA as a non English speaking immigrant and who uses her own stories and experiences to support and inspire her students.”

For Dixon, an actress who has become renowned for her affinity with difficult accents, the role was yet another opportunity for her to “speak in tongues.” In a career spanning nearly fifteen years she has played characters from throughout the Caribbean , all over the United states as well as both east and west Africa.

She has never had formal dialect training but has always had an extremely sharp ear and a talent for imitation.

“Everywhere I travel, I always pay special attention to the local dialects- the rhythms, cadences and music in the voices of the people,” she says. “And I’ve always been a very good mimic so I pick up on that easily and it just lodges in my memory, ready to be to be rolled out on the right occasion.”

Having visited Africa, and Ghana in particular on several occasions, she says the character of Nana was like coming home to her.

“I just felt that I knew Nana Aidoo very well,” she says. “I’ve met women just like her on so many occasions during my trips to Africa. And our amazing writer- director George Lavoo, really gave me the license to create her in my own way, very organically, and I hope viewers will feel that sense of authenticity when they see the show.”

We Speak New York premieres on June 1 and can be seen online.

See also: We Are New York