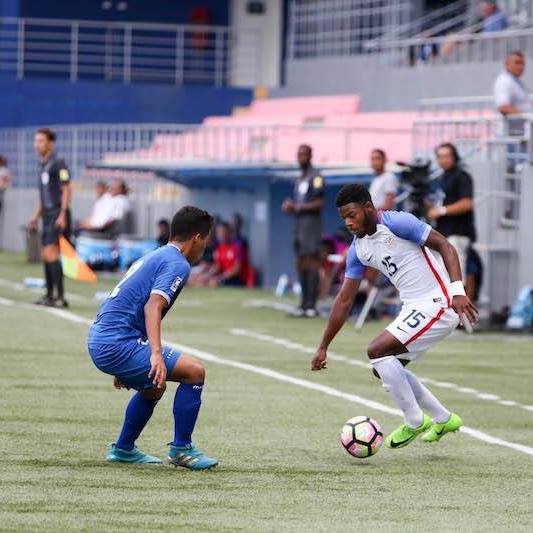 Jamaican American Zyen Jones, 17, of Atlanta United, has signed with the German football club Bundesliga Schalke 04. Jones experienced a successful trial period with the club and is expected to begin playing officially for the team when he turns 18 in August 2018. The club currently includes Americans Weston McKenna, Nick Taitague, and Haji Wright. Jones is likely to play for the U-19 side of the club in the 2018-2019 season. FIFA rules prohibit players from outside the European Union (EU) from signing in Europe before they reach the age of 18, and since there is no way that Jones can receive an EU passport, he must wait until he reaches age 18 to make his transfer to the German team lawfully. Zyen Jones was born in the United States and grew up there, but his father, Kevin Jones, is Jamaican and played in Manning Cup competition with Jamaica College in his youth. In the 2017 CONCACAF U-17 Championships, Zyen Jones scored twice for the United States. Taking to Twitter, Zyen Jones thanked all those who helped him along in his career to this point, particularly expressing gratitude to “the best agent out there” Cory Gibbs. Jones also thanked his coaches and his father, saying that without their support, his success could not be possible.