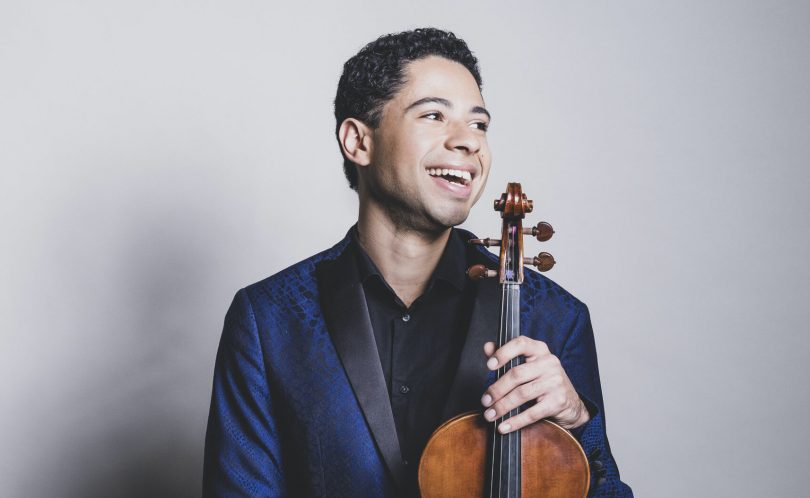 At 25 years old, Jamaican-American violist, Jordan Bak, has already established himself as an outstanding soloist and a rising star. Bak was recently honored as the subject of a story by The Violin Channel, the world’s leading classical music news source.

A graduate of the world-renowned Julliard School and New England Conservatory, Bak is only the third violist in history to be enrolled in the Artist Diploma program at Julliard. He has a Bachelor of Music degree with academic honors from the New England Conservatory, along with a Master of Music degree from Julliard. He was awarded the coveted Kovner Fellowship for winning the 2017 Concerto Competition at Julliard.

The violist is on the faculty of the Opportunity Music Project in New York City and is a teaching assistant for the ACHT Viola Studio at Julliard. He’s been invited to serve as Viola Artist Faculty for the Classical Music Institute of San Antonio in Texas.

Bak’s award-winning talent has been celebrated worldwide, as evidenced by the long list of scholarships, residencies, awards and competitions he’s won. He has a special interest in chamber music. In addition to a flourishing solo career, Bak is a member of the well-known New York Classical Players. He’s also a guest artist with the Jupiter Symphony Chamber Players.

The violist has collaborated with illustrious music composers that include Caroline Shaw, Eli Greenhoe, Delong Wang and Sampo Kansurinen. Bak also had the honor of giving the world premiere of Du gick, flög for viola and mezzo-soprano and Die Aussicht for string quartet and soprano by Kaija Saariaho. His instrument, in essence his voice, is a 2016 viola crafted by luthier Jon van Kouwenhoven.