The documentary “Black Mother, by Khalik Allah, took top honors at the Yellow Robin Competition during the seventh Curacao International Film Festival Rotterdam. The documentary examines the interconnection of Jamaica’s sex workers, the church, and the varied history.

The Jamaican-American filmmaker’s mother is Jamaican and his grandfather still lives on the island. Allah was raised in New York and “Black Mother” is his second film, though he was credited as the cinematographer on Beyoncé’s “Lemonade” visual album. He noted that “Black Mother” had special significance for him due to his Jamaican heritage. 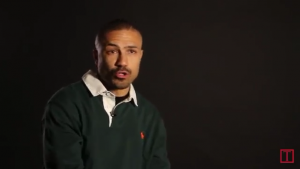 Totally unscripted, the film visits different aspects of the island from its idyllic, sun-drenched shores to the unseen underbelly where sex workers ply their trade, act as their own pimps and have no access to healthcare. Allah also explores other controversial subjects such as poverty, race relations, and the island’s history of colonialism.

The film takes viewers deep into the identity of the Jamaican people. Allah spoke with a wide range of individuals during the making of the film, from fashionable Millennials to the island’s elders. He interviewed the island’s holy men and working women that challenges and dispels many of the commonly held stereotypes of Jamaica in the Western world.

“Black Mothers” imparts morsels of Jamaica’s history, spirituality, and personal philosophies of the land’s inhabitants. Audiences receive a unique view of the racial struggles and inequalities the country’s people have experienced, along with the poverty that exists just behind the island’s allure as a tourist’s paradise.

The film debuted at the Maryland Film Festival in Baltimore, MD and as the category winner at the Curacao competition, “Black Mother” will also be screened at the Morelia International Film Festival in Mexico. The documentary highlights the country’s problems, while amply demonstrating a community of proud people still coming to terms with their turbulent past.