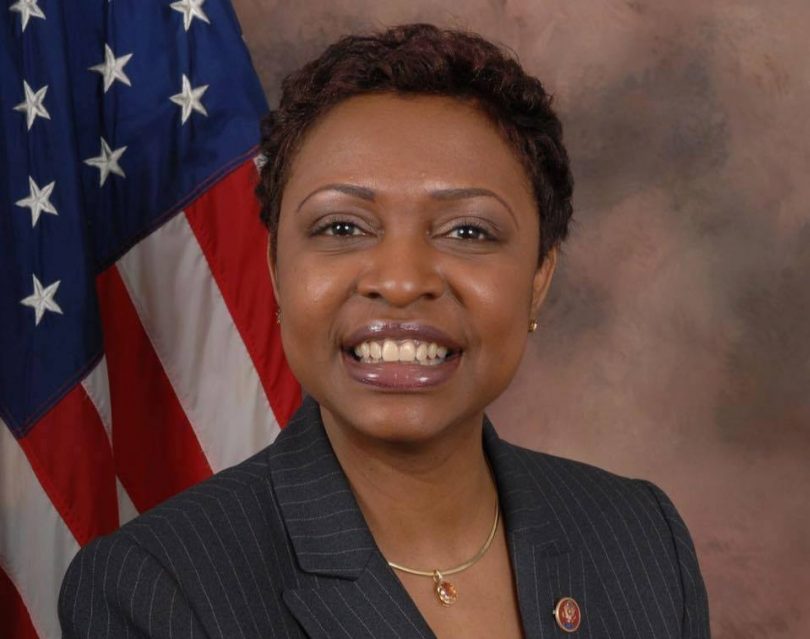 Jamaican American Yvette Clarke, who has represented Brooklyn, New York, in the United States House of Representatives since 2013, easily won re-election on November 3, 2020, receiving the highest percentage of votes of any other congressional candidate in New York. In her re-election campaign of 2018, she received 89.3 percent of the vote. Clarke successfully defended her seat in a four-way Democratic primary election. This will be Clarke’s fifth term representing the 9th District.

Yvette Diane Clarke was born in Flatbush, Brooklyn in 1964, to Lesley Clarke and Una Clark, a former city councilwoman. Both of Clarke’s parents are immigrants from Jamaica. She graduated from Edward R. Murrow High School and received a scholarship to Oberlin College in Ohio, which she attended from 1982 to 1986. During her time at Oberlin, she spent a summer in the Washington DC office of New York congressman Major Owens, working on legislative issues relevant to Caribbean American trade.

Prior to entering politics, Clarke was a childcare specialist, training community residents to care for the children of working parents. She later worked as an assistant to State Senator Velmanette Montgomery and Assemblywoman Barbara Clark, both of whom were from Queens. Clarke also served as the director of business development for the Bronx Overall Economic Development Corporation. She was the second director of the Bronx section of the New York City Empowerment Zone.

She was elected to Brooklyn’s 40th council district in the New York City Council in 2001 and served until 2006, succeeding her mother who had held the seat for over ten years. This was the first mother-to-daughter succession at the city council. She first entered the US Congress in 2007 as a representative of New York’s 11th District, which was later subject to redistricting.

In 2020, thousands of New Yorkers cast early votes due to the COVID-19 crisis, and Brooklyn had the largest number of early voters of any New York borough. Over 373,000 people cast their ballots before November 3.