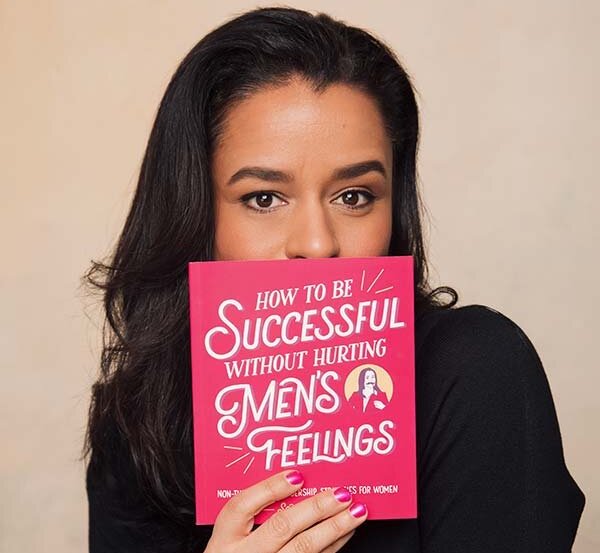 Comedian Sarah Cooper is currently developing a comedy series based on her No. 1 best-selling 2018 book “How to be Successful Without Hurting Men’s Feelings.” The show will air on the CBS network, but no date has yet been set for its premiere.

The Jamaican-born Cooper will be co-writing the show with Cindy Chupack, who was a writer and executive producer for the highly popular “Sex in the City” and “Modern Family” series. The new series will follow the lives of three women at different stages of their careers in a male-dominated company. The action revolves around how the three navigate the politics of gender in their personal and professional lives.

Cooper also has a Netflix special coming up in the fall of 2020. The special will feature a variety of special guests and skits that address topics encompassing class, gender, politics and race. Executive directors will be Natasha Lyonne and Maya Rudolph. The latter was nominated for an Emmy Award for her portrayal of the Democratic vice-presidential nominee, Kamala Harris, on NBC’s “Saturday Night Live.”

The comedian’s humor went viral after Cooper released her TikTok video “How to Medical” that lampooned President Trump’s comments about ultra-violet rays, disinfectants, and injections as a way to combat the COVID-19 virus. She’s also released related videos that include “Obamagate” and Trump’s thoughts on hydroxychloroquine and the Bible, all of which received millions of views.

Cooper is the author of the best-selling book “100 Tricks to Appear Smart in Meetings” and the blog “The Cooper Review.” She’s been featured in multiple publications that include the Washington Post, Forbes, and Fast Company. Cooper was a writer for the animated TV series “Science.”

The comedian has guest hosted the Jimmy Kimmel Live talk show on ABC. She was a writer and correspondent on the TV show “Old News” produced by Stephen Colbert, host of The Late Show with Stephen Colbert on CBS.