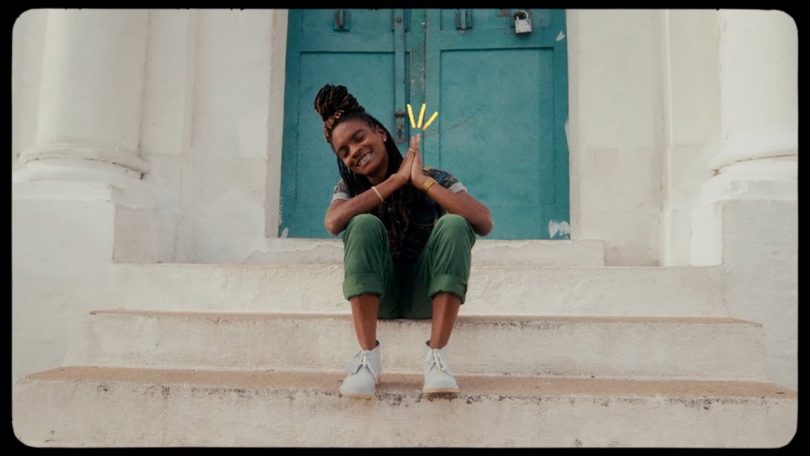 Gabrielle Blackwood of Emerald Pictures has created a short film entitled “Clarks x Jamaica” that celebrates the strong connections of the shoe brand in the rich cultural heritage of the island. Blackwood, who grew up in Jamaica, brings her unique approach to filmmaking to the “Clarks x Jamaica” project, uncovering beauty in contractions and highlighting the essence of Clarks shoes and the Clarks legacy means to some famous Jamaican artists, ranging from footballer Raheem Sterling to reggae artists Koffee and British-Jamaican rapper M1illionz.

The short explores the real connection that each of the artists feels to Clarks and the impact the brand has had on their families, style, culture, and Jamaican fashion throughout the past 60 years. The brand’s influence has been so great that it is sometimes said that the word “Clarks” is synonymous with Jamaican culture itself.

Blackwood has been interested in writing and producing since she was eight years old when she staged productions with her neighbors, Barbie dolls, and siblings. She first considered becoming a teacher, but once she learned about cinematography, she decided to pursue that path. As there were no film schools or programs at the time, she applied for the multimedia production program at the Caribbean School of Media and Communication at the University of the West Indies (UWI). She was the youngest individual to apply and the first to receive a grant for her field of study and later received a CARICOM scholarship to study for an MA at Auckland where she graduated at the top of her class. Blackwood has always been patriotic and uses her skills to promote Brand Jamaica whenever she can, creating films that are true to the culture.

She has written, directed, and filmed many shorts, documentaries, music videos, and commercials for well-known brands, including UNICEF, BBC World, Nike, and Apple Music. Several of her short films have received awards, including the “Best Short and the Audience Award” at Diversity in Cannes, “Best Short” at Festival International du Film Pan Africain de Cannes and the LA Film & Script Festival.

Mara Milićević, the co-founder and managing director of Emerald Pictures, said that the short film is a “beautiful example” of how brands can become part of a culture. She noted Blackwood’s talent for combining authenticity, imagery, and storytelling to describe the shared legacy of Clarks and Jamaica.

Blackwood said she was excited to highlight Jamaica’s cultural heritage and the role Clarks has within it. She described her film as a tribute to Clarks and to the “eccentricities, unique sense of style, energy, and culture of Jamaicans, from past generations to the present.”