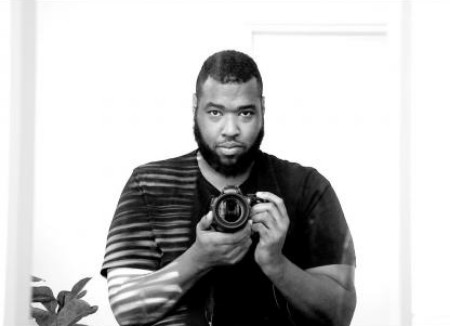 The work of Jamaican filmmaker, Christopher Lorenzo Thomas, is featured in the exhibit
“A Greater Miracle of Perception” during the renowned La Biennale di Venezia in Italy. Thomas
is a member of the Miracle Workers Collective in Finland and the project was developed for the
58th international art exhibit.

Born and raised in Kingston, Jamaica, Thomas was a regular at the Carib movie theater as a
child. It sparked an interest in photography which he pursued as a career, but then he discovered a
passion for making his own movies. His ultimate dream is to create films that tell the stories of
the people of Jamaica.

His passion has taken him around the world. Thomas earned a Bachelor of Arts in Media and
Communication at the University of West Indies, followed by a Master of Art in Filmmaking at
the London Film School. He’s worked on projects ranging from short films to music videos that
have won awards in Italy and the United Kingdom.

He met his wife while working in London and moved with her to Finland, where he began
crafting films about migrant experiences. His work encompasses themes with which migrants
around the world are familiar that include immigration and integration into new societies and
cultures, education, and being recognized as people with important contributions to make.

The video exhibition by Thomas, as part of the Miracle Workers Collective, consists of several
short films that are disparate in nature, each of which explores the concepts of belonging and
national representation. It is on exhibit now through November 2019 at the national pavilion of
Finland. The La Biennale di Venezia has a history spanning more than 120 years and is one of
the most renowned cultural institutions in the world.