Dr. Opal Palmer Adisa, a cultural activist and gender specialist, explores the “heart and soul of Jamaica” through the editing of a new anthology of the works of Louise Bennett Coverley, affectionately known as “Miss Lou,” entitled “100+ Voices for Miss Lou.” The anthology marks the 100th anniversary of Miss Lou’s birth.

Palmer Adisa describes Miss Lou as “a warrior with her pen,” noting that she used language and literature to analyze complicated situations and concepts in Jamaican society. Miss Lou had always intrigued Palmer Adisa, and in 1988, when she was doing research for her doctoral dissertation, she returned to Jamaica to interview Miss Lou for a planned biography. While the biography did not come to fruition, Palmer Adisa decided to follow a new path as the 100th anniversary approached. Knowing that numerous activities to celebrate the centenary were going to occur, Palmer Adisa realized that creating an anthology addressing all the areas Miss Lou influenced would be appropriate. 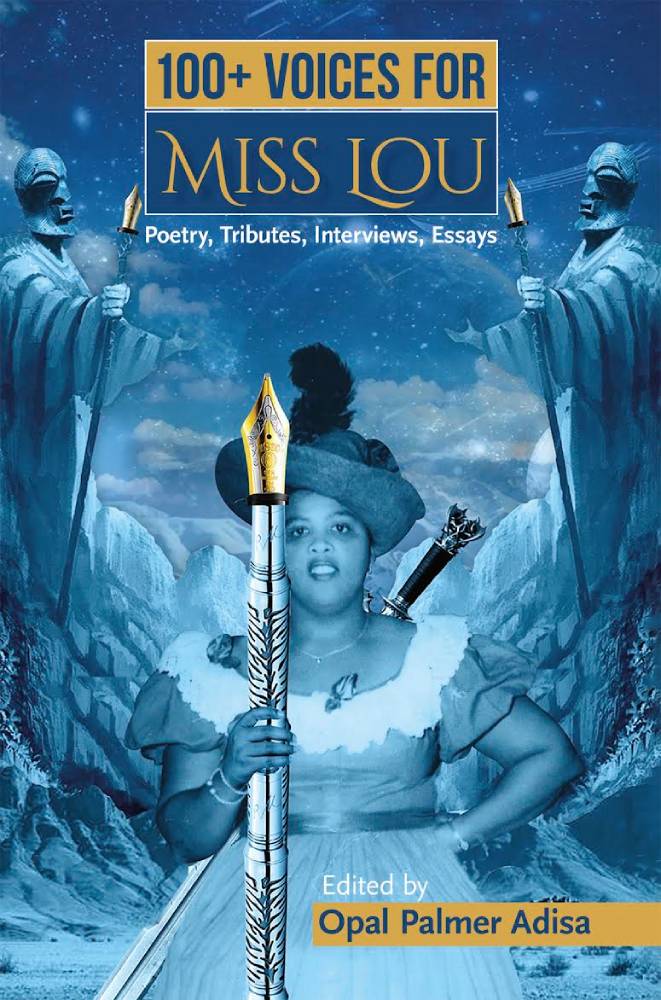 “100+ Voices for Miss Lou” has been published by UWI Press and features 435 pages of essays, poetry, and commentary from 107 contributors gleaned from the 170 submissions Palmer Adisa received for the anthology. The book is divided into four sections” One Big Family, Reaffirming Our Culture, Aunty Roachy Seh, and Colonization in Reverse. Each of the sections focused on a specific area of Miss Lou’s work.

Palmer Adisa said editing the anthology has been “a labor of love” and that she is especially proud of the many different contributors who paid tribute to Miss Lou. She also hopes readers will see that Miss Lou was a serious scholar and subversive in a way that was challenging to the status quo, using her sense of humor and talent to promote the ideas and causes she supported. Palmer Adisa believes, along with many other Jamaicans, that Miss Lou should be named one of the country’s National Heroes because she was so instrumental in spreading Jamaican culture throughout the world. What reggae icon Bob Marley did through music, Miss Lou did in research, drama, and poetry. If Miss Lou’s work does not qualify her to be a National Hero, “I don’t know what does,” Palmer Adisa said.