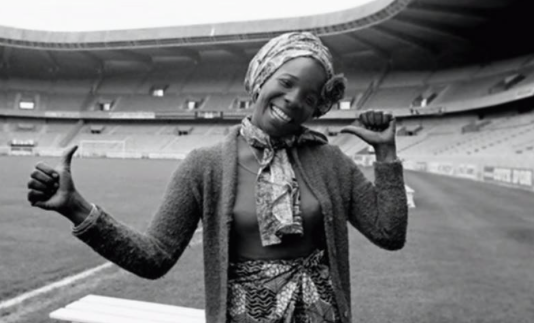 On July 25th 1946 Alpharita Constantia Anderson better known as Rita Marley was born in Santiago de Cuba. She is the widow of reggae legend/musician Bob Marley, and a member of the trio the I Threes, Bob Marley’s backup singers .

She grew up in the upper level of Beachwood Avenue, located in Kingston, Jamaica. In her book No Woman, No Cry: My Life with Bob Marley Rita describes how she was raised by her Aunt Viola on Greenwich Park Road. Bob was from Trenchtown.

In the mid-1960s, Rita met Bob after meeting Peter Tosh. After it was learned that she was a singer, she was asked to audition for the Soulettes, later known as the I Threes. The group included Rita, her cousin Constantine “Dream” Walker, and Marlene “Precious” Gifford. Bob became the group’s mentor and manager and through working together, he and Rita fell in love.

On 3 December 1976 two days before “Smile Jamaica”, a free concert organised by the Jamaican Prime Minister Michael Manley Rita, Bob, and manager Don Taylor were wounded in an assault by unknown gunmen inside the Marley home. Rita survived a shot to the head and Taylor sustained serious injuries from being shot in the leg. Bob Marley had a bullet skid his chest and wound his arm.  Rita and Bob Marley would later make full recoveries

After Bob Marley’s death, on 11 May 1981, she recorded a few albums under her name with some success in Europe.

In 1986, Rita made the decision to convert Bob Marley’s home into the Bob Marley Museum. She is also the Founder and Chairperson of the Robert Marley Foundation, Bob Marley Trust, and the Bob Marley Group of Companies. She has also adopted 35 children in Ethiopia and has assisted over 200 children in Konkonuru Methodist School in Ghana where she has been granted citizenship