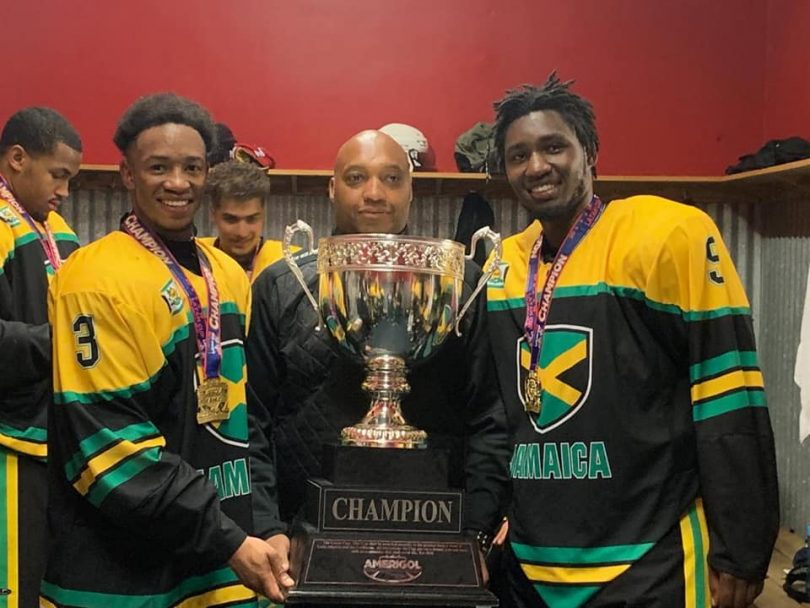 Jamaica, which joined the International Ice Hockey Federation (IIHF) in 2012 and fielded a team in 2018 to compete in the Team Elite Prospect Hockey Showcase tournament in Toronto, Canada, and was undefeated in eight games, is ready to defend their 2019 LATAM Cup title in October, 2021, at the Amerigol LATAM Cup tournament to be held from October 14 through 17 at the Florida Panthers Ice Den in Coral Springs, Florida.

In 2017, Jamaica’s Under-20 ice hockey team made an impressive showing when they defeated Nova Scotia’s All-Star Team by 5 to 1. In 2019, the team beat all competitors for the Latin American (LATAM) Cup to win the championship for Jamaica for the first time. The tournament was cancelled in 2020 due to the COVID-19 pandemic, but Jamaica’s ice hockey team is ready to compete for the 2021 edition of the meet.

Jamaica has been moving steadily toward developing a strong ice hockey program and is determined to play in Olympic Qualifying tournaments. A major recruitment program was launched by the Jamaica Olympic Ice Hockey Federation (JOIHF) to find players of Jamaican descent who are currently playing in the United States, Canada, and Europe. Also, the organization is finalizing talks with some very experienced coaches and alumni of the National Hockey League (NHL) who have shown an interest in working with the team in its effort to defend the LATAM Cup. Along with the coaches, the JOIHF has recruited Gary Smith and Sean Caple, both very experienced ice hockey resources. Smith played professionally in Europe, has 24 years of experience in developing ice rinks, and has coached the game at youth and adult levels. Caple is also a former player who has managed ice rinks, developed hockey programs, coached teams in the US. Cindi Dixon, a financial, marketing and organizational leadership consultant, has also joined the Jamaican , bringing considerable experience in corporate and investment banking to the team’s operations. 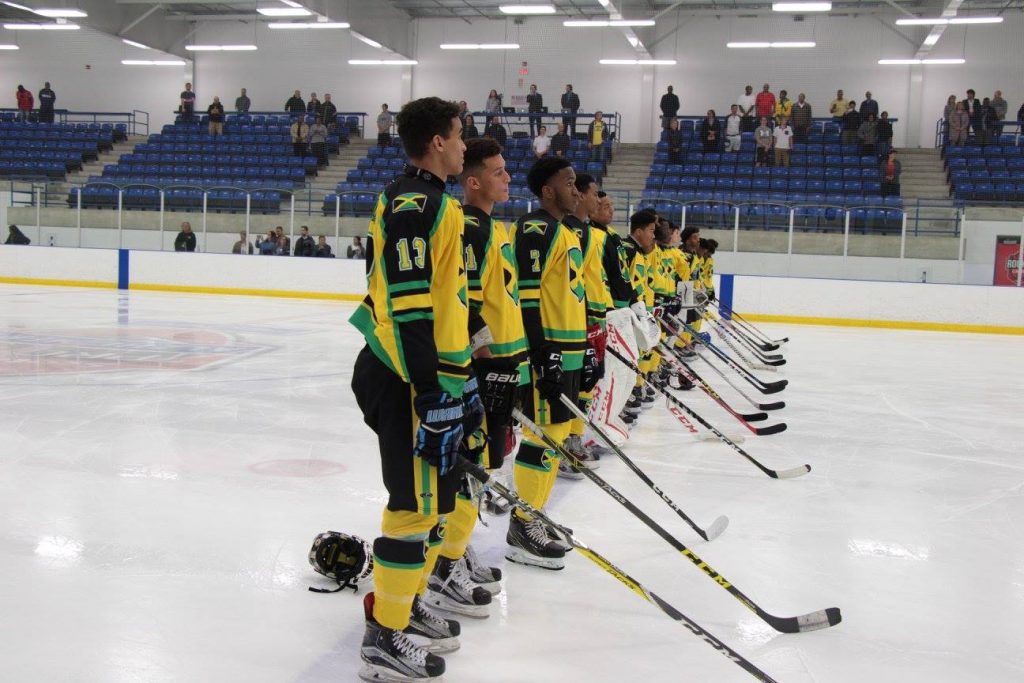 The 2018 team consisted of Canadian-born players under 20 who had various Caribbean ancestries. Since then, the Jamaica Olympic Ice Hockey Federation (JOIHF) under the leadership of E. J. Phillipps, has expanded its outreach program for players and now only includes those who specifically have Jamaican ancestry. Gary Smith, JOIHF board member, said the team’s 75-player prospect list has been developed over Canadian junior college leagues, college hockey conferences, and professional minor leagues.

Jamaica also plans to compete in the Winter Olympics. The JOIHF is raising funds to construct a multi-purpose ice rink in Kingston. Having the rink will allow the island nation to become a full member of the IIHF. A hockey class with 42 students debuted via enrollment for the current semester at G.C. Foster College in Spanish Town. Jamaica’s goal is to develop a national hockey program similar to Mexico’s. Mexico has been a competitor in the IIHF Division II World Championships since 2000 and has some 2,700 adult players.

Smith said that Jamaica wants to continue hockey program growth at the grassroots level, beginning with young children, street hockey, and roller hockey. In five years, Smith hopes that the Kingston rink will be in operation and programs will be in place to teach how to skate and how to play hockey. This will be the real start of Jamaican-born players becoming legitimate ice hockey players, he added.