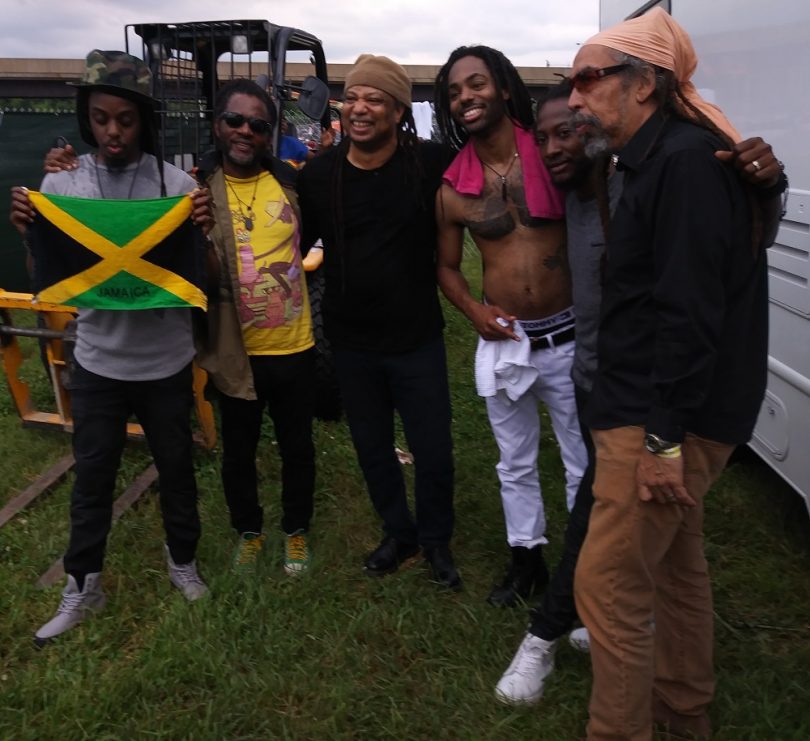 The skies were cloudy and overcast, but the rains never came as seven thousand patrons from the DC, Maryland, and Virginia (DMV) area packed the RFK stadium festival lawn on Sunday, June 10th for the third annual Grace Jamaican Jerk Festival to honor and celebrate June as Caribbean American Heritage Month. Sponsored by Grace Foods, Shoppers Food, VP Records, Guinness, Giant Foods, and Institute for Caribbean Studies, the DC Mayor’s Advisory Commission on Caribbean Community Affairs and Ablazin Radio the event was a resounding success. My friend of more than four decades, Anthony “Mano’ Solomon, the Swallow field baller from STATS, journeyed from Brooklyn to DC to experience enjoy the experience. 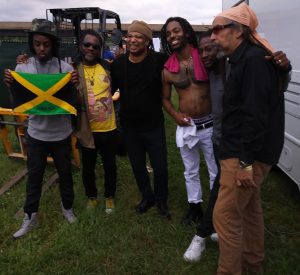 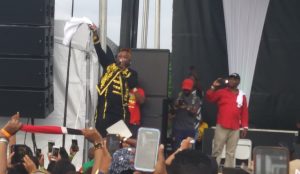 With live reggae/dancehall and Soca music entertainment from New Kingston, Elephant Man, the energy god, big bumper Soca Queen ‘Roll It Gal’ Allison Hinds and the Third World reggae band, as festive musical treat fun vibes was had by all. The patrons appeared to be in a musical trance captivated by Third World band as they belted hits after hits. Followings

The Bajan Soca queen was no less exciting. She brought a carnival flavor to the Jerk fest. Allison delivered a memorable first-class performance. She had them gyrating, jumping and waving to soca hits like Pull Up; Ride me Riddim, and Roll It Gal. While Ele had his daughter Allison invited some males from the audience to ‘take a wine’ with her. 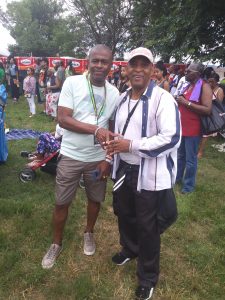 Not to be out done their culinary pallets indulged in scrumptious Jamaican dishes like Jerk Chicken and Jerk Pork, Oxtail, Jerk Oxtail and Curried Chicken, exotic Jamaica fruits like Jackfruit, Sugarcane, Nesberry, and Starapple.  There were an assortment of vendors such as Spice- A Caribbean Jerk Joint, Sunrise Caribbean, Yogi’s Jerk Festival as well as tasty beverages by Pines and Iceez.

There was entertainment for the children at the kiddie’s village. They had their fun-filled frolicking good time with face painting, rides, and storytelling.

Chef Irie, host of Taste the Islands television show on PBS and Washington DC’s own Chef Giovanni Merle and Chef “Jumoke” Jackson handled the cooking, and tastings demonstrations and the patrons sampled their tasty recipes.