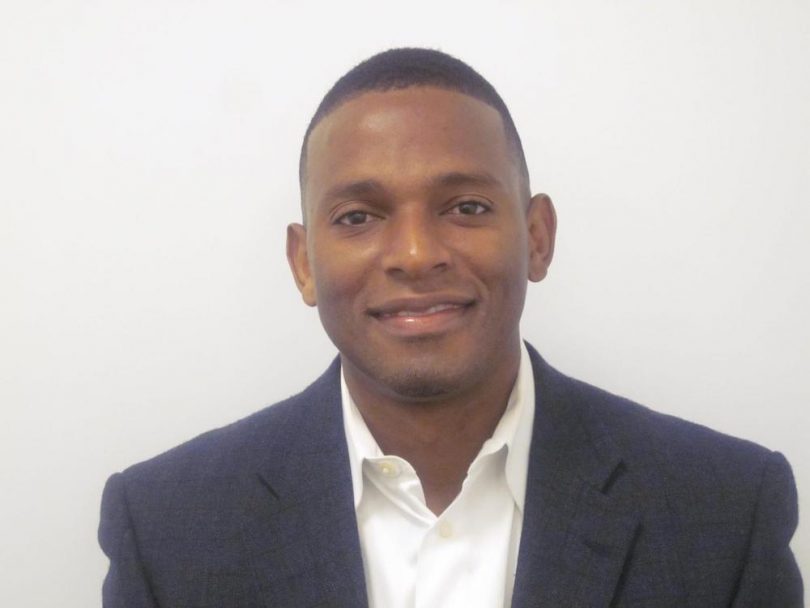 Munro College Old Boy, Marlon Anguin, plays a key role in delivering the Super Bowl to fans across the globe. The Montegonian leads a Sports Technology Product team for Verizon, one of the largest communication technology companies in the world, headquartered in New Jersey.

The Engineer is tasked with technology and product development with a focus on Sports Partnerships & Innovation. Anguin’s role is to deliver Over The Top (OTT) next-gen experiences for both fans and venues including arenas and stadiums. He manages a cross-functional team leveraging technology to build and implement products and experiences that span multiple leagues including the NFL, NBA and NHL.

“Verizon is returning to the Super Bowl as part of the companies’ partnership to develop new products and services that utilize 5G and other technologies; to enhance NFL games and the overall fan experience in the stadium, utilizing the extraordinary speed, throughput and low latency available on our 5G Ultra Wideband network,” Anguin said.

The Super Bowl will be played on Sunday, February 7 at 6:30 PM EST at the Raymond James Stadium in Tampa, Florida, where the Kansas City Chiefs will take on the Tampa Bay Buccaneers. The stadium has a capacity of 65,890, so the empty seats will be filled with as many as 30,000 cardboard cutouts of fans. Due to the pandemic, it will be the lowest attended National Football League (NFL) championship game of all time, in front of 25,000 fans compared to the lowest attended Super Bowl, which was the first one, where nearly 62,000 fans in the Los Angeles Coliseum watched the Green Bay Packers defeat the Chiefs 35-10 in 1967. There were 35,000 empty seats. 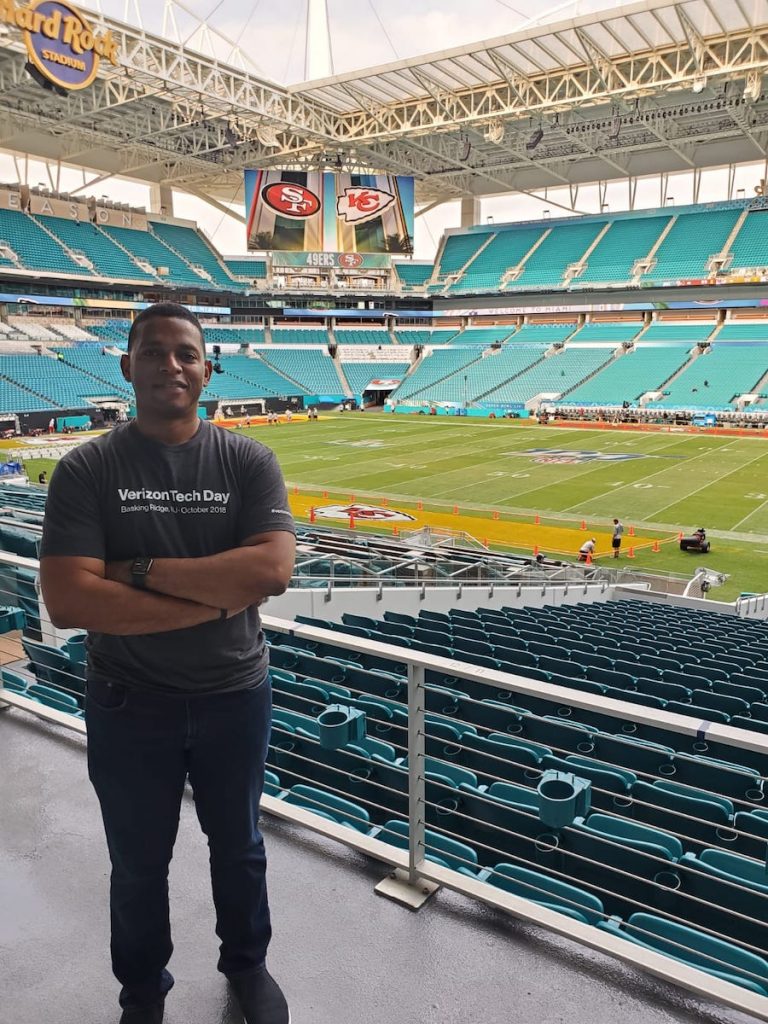 Anguin said, “this year’s Super Bowl is the most critical in providing fans with experiences at home, since a limited number of people will be allowed in the stadium due to the pandemic.” Verizon is “strategically positioned to take sporting experiences to new heights. 5G, the 4th Industrial Revolution, is ushering new possibilities making the future bright for fan experiences,” he said.

With Verizon’s 5G Ultra Wideband network, the biggest NFL game of the year will be experienced in new ways such as the Verizon 5G SuperStadium Experience in the NFL app and Verizon Media’s “Watch Together” to deliver immersive and interactive mobile-viewing experiences for fans in the stadium and at home. With 2020 huddling new virtual experiences due to the pandemic, Verizon partnered with Fortnite to create a virtual 5G Stadium in the online video game built by BeyondCreative and in partnership with Epic Games, the largest Fortnite activation ever built in creative mode for fans to come together, celebrate and compete. In the stadium, fans can interact with their favorite NFL players and pro-gamers. Fans will have an immersive experience that can transport the viewers in the Verizon 5G Stadium at Super Bowl Live in Tampa onto the Pro Bowl field while showcasing future potential applications for 5G.

Anguin’s team developed the Verizon 5G SuperStadium immersive experience in the NFL apps that streams multiple-camera angles of the game, allowing fans to view the game from angles of their choice. “The app also captures ‘Big Plays’ of the game, allowing fans to replay these highlights on-demand during the game,” he said. “Also featured in the app is an augmented-reality experience called Holomoji that includes 3D assets such as a jumbotron and volumetric athletes. Fans can immerse and capture themselves in the jumbotron and/or alongside these athletes, allowing them to relive the moment and share via social media. There is also the ‘Insider View’ experience that provides 360º Video-On-Demand Super Bowl content.”

A new feature this year is also an AR mobile-gaming experience called Ultra-Toss based on the 5G gaming competition the company held last season. The game will be featured in the Super Bowl “NFL Ultra Toss”, which is an ultra-massive multiplayer experience where players throw a football towards a pick-up truck parked on the 50-yard line at a sold out NFL stadium. The first player to land a football in the bed of the truck earns the title of Super QB.

Prior to joining Verizon, Marlon was the Director of Technology Consulting at BCT Partners. He also held several technical roles in the Internet Call Center R&D field at Lucent Technologies and Avaya Inc. He holds a Bachelors of Science in Electrical Computer Engineering, and a Mini MBA in Digital Transformation from Rutgers University. He pursued a Master’s in Telecommunication Engineering at Columbia University Graduate School before completing a Masters of Science in Computer Science at Stevens Institute of Technology. Anguin also studied Business Analysis at the George Washington University School of Business. An avid sports fan, Anguin represented Munro’s soccer teams throughout his boarding-school years, and continues his passion for the game in the Verizon Soccer League (VZSL).

Anguin attended last year’s Super Bowl in Miami where he and his team “worked tirelessly to launch the Live Game Guide (LGG) product. “I took a small break to enjoy Jennifer Lopez and Shakira, of course,” he said laughingly. While he will work remotely this year, he said, “I’m looking forward to seeing all of our products and technologies take shape despite the pandemic, which couldn’t be a more fitting example of the importance of technology that continues to pave the path of our world.”