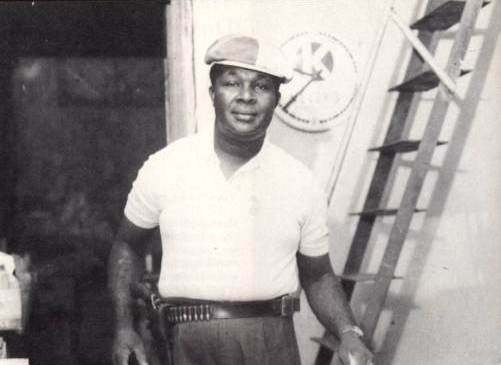 The island of Jamaica is known the world over for its pristine beaches, the general warmth of the Jamaican people, its tantalizing cuisine, and even more so, for its music. It is interesting that this music was born solely out of the creativity of its people and driven by the tenacity of a handful of equally enterprising Jamaicans. One of those enterprising Jamaicans was Arthur “Duke” Reid CD.

Arthur Reid was born in the town of Port Antonio in the north-eastern parish of Portland, Jamaica on July 26, 1915, and migrated into the capital city Kingston as an adolescent where he served for 10 years in the police force (Jamaica Constabulary Force), patrolling some of the rougher areas of the city. His wife Lucille ran a small haberdashery and liquor store at Pink Lane in Kingston which they named Treasure Isle Liquor Store and Haberdashery. Reid joined her in the business after serving 10 years with the Constabulary and in 1950 established a sound system primarily as a promotional stunt to attract more customers into the store. The business soon outgrew the Pink Lane location and the couple relocated to Bond Street.

Reid was a family friend of Clement Dodd, a relationship that allowed young Dodd numerous opportunities to spin tunes on Dukes’ sound system and in effect whetting Dodd’s appetite to enter the sound system business. This underlined the relationship between the two when Dodd threw his hat in the ring in later years with his “Sir Coxsone’s Downbeat” sound. In time though, Reid’s skill at the wheels of the sound grew and soon he was driving his British Trojan motor truck across the country to play at various venues. It was from this vehicle that Reid’s sound drew its name and came to be known as “The Mighty Trojan” and himself taking on the title of “Duke the Trojan.” 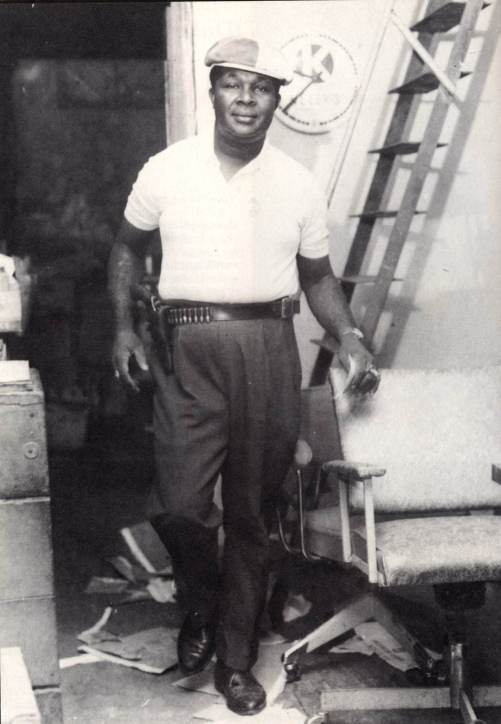 Duke Reid had a huge preference for Jump-Blues, Jazz, and R&B music and soon hosted a program on Radio Jamaica called the “Treasure Isle Time” in which he presented the latest in R&B, as well as Jazz and Blues tunes. Trojan’s nemesis in the early 1950s was the indomitable “Tom the Great Sebastian” a sound system owned by Tommy Wong a half-Black/half Chinese man who operated a hardware store in the downtown area. Tom’s favorite was R&B tunes and many an epic sound battle was waged between the two. Contrary to uninformed talk, “Tom the Great Sebastian” enjoyed more victories than losses to Duke Reid’s Trojan which often resorted to strong-armed tactics rather than better selections to dismiss his opponent. Reid reportedly often employed unscrupulous tactics including the use of gangs of toughs (or “dancehall crashers”) who would sometimes start trouble at his competitors’ dances, hoping to get the party shut down by police (and maybe smash some equipment in the process). Yet Reid also had the music audiences wanted, and he won Jamaica’s top sound-system battle three years running, from 1956-1958.

Arthur “Duke” Reid as a dancehall DJ cut a striking, flamboyant profile and was notorious for his tough-guy persona, the product of his previous career as a policeman. He usually carried a loaded revolver and ammunition belt, all prominently displayed, and sometimes a hand grenade or a machete for extra effect. He often wore a cape, and sometimes entered his gigs by having his associates carry him in on their shoulders adorned with a large crown on his head. As his rivalry with Tom the Great Sebastian and Dodd’s “Sir Coxsone Sound” intensified, Reid made more and more trips to America to seek out obscure R&B sides and shuffling sax instrumentals. Exclusive holdings became more and more important to a sound system’s success. Reid and Dodd both scratched out the titles and labels on their records, renaming them to protect their true identities. In one famous anecdote, Reid chanced upon a copy of several of Dodd’s signature tunes, and debuted them at a sound-system battle with a shocked and dismayed Dodd.

As American R&B evolved into rock and soul, it became increasingly difficult to find the kinds of records that played to Jamaican tastes. Thus, it made increasing business sense for sound system owners to make their own recordings of local artists who could deliver more of what listeners wanted.

Reid built a recording studio directly above the Treasure Isle Liquor Store and began releasing original material as early as 1959. Most of these recordings were off-takes of the popular North American R&B singing styles and were initially recorded at either Stanly Motta’s or at Federal Recording studios. Later when RJR opened their studios and the upcoming JBC did the same in 1959 recording was on in earnest. Duke Reid formed a house band “The Dukes Group” and issued singles such as “What Makes Honey” and “Joker”.

Between 1959 and 1962 Reid’s recording output was buffeted by the likes of Derrick Morgan and The Jiving Juniors with Derrick Harriott who did a tune called Lollipop Girl. During that time, however, the R&B-styled shuffle grooves of the late ’50s were giving way to the syncopated Ska sound. At the same time, records (initially thought of as the exclusive property of the sound system they were cut for) became increasingly profitable once they were offered for sale to the general public. Reid, who had previously approached records as a secondary enterprise, recognized this and shifted his focus to make them his top priority. Reid initially resisted the Ska as it overtook the R&B and Shuffle beats and as a result minimized the gains that Treasure Isle made from Ska. As a result, Ska became the preserve of Coxsone at Studio One.

Nevertheless, between 1962-1965, Reid’s Treasure Isle label issued several Ska hits by the likes of The Skatalites, Stranger Cole “When you call My Name”, Justin Hinds & the Dominoes with “Carry Go Bring Come”, the Techniques among others. By 1966 however, the beat of the music had begun to slow down. Alton Ellis shifted to Duke Reid’s Treasure Isle outfit and by 1967 with Tommy McCook and the Supersonics as the labels backing band Duke Reid produced a string of hits including “Dance Crasher” and the genre’s signature tune “Rock Steady.” Where Dodd’s Studio One held a stranglehold on the “Ska” beat, Duke Reid with his Treasure Isle and Trojan (export) labels was the “Master” at Rock-Steady. Reid had artistes the likes of The Paragons with his such as “On the Beach” and “Wear You to the Ball”, Phyllis Dillon “Don’t Touch my Tomato”, The Melodians with hits like “You Have Caught Me” and “Expo 67,.” Other artistes that graced Duke Reid’s studio included The Ethiopians, The Jamaicans, Justin Hines and the Dominoes among a host of others.

As the 1960s rolled towards closing, Rock-Steady started to fade and Rastafarian roots reggae began to take over, Reid found himself in a quandary: the new music wasn’t at all to his taste, particularly the social-protest lyrics and that stance increasingly made him seem part of a musical old guard whose time had passed. Fate would intervene in the Duke’s fortunes in the form of Ewart Beckford known on the Sound system circuit as U-Roy and noted for his stylized toasting on the instrumental sides of record selections. U-Roy would be introduced to the Duke by John Holt of the Paragons fame in 1970. Reid immediately set about recording U-Roy on the instrumentals of several hit Rock-Steady tunes. The results were wildly popular and at one point, four of U-Roy’s early singles hit the Jamaican Top Five all at once. Reid continued to record U-Roy through the early ’70s, plundering his substantial back catalog for material, and also released records by other early DJs, most notably Dennis Alcapone. Unfortunately, Reid fell seriously ill in 1974; and after suffering for the better part of a year, he passed away from cancer in 1975.

Reid was posthumously accorded the Order of Distinction (Commander Class) by the Government of Jamaica on October 15, 2007.