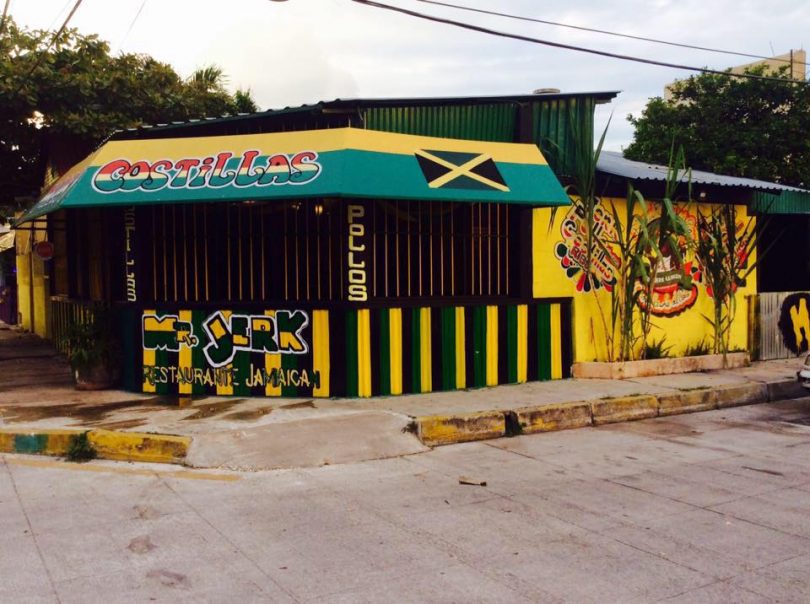 While the Hotel Zone in the resort city of Cancun, Mexico, offers many a choice of international cuisine, some visitors prefer to sample restaurants frequented by locals and adventure into the city’s downtown. This area has lately experienced an increase in the number of new and unique dining options that were previously unavailable, including Greek, Indian, and Jamaican. Now, according to a featured article in USA Today, The favorite Jamaican restaurant for locals and visitors is Mr. Jerk Cancun Grill, which serves authentic Jamaican dishes like spicy jerk chicken.

Phil Sun, the owner of Mr. Jerk, is from Jamaica and worked in construction when he first came to Cancun 16 years ago. His real passion was cooking traditional foods from his native island, however, which he shares with the public at his restaurant. Iconic Jamaican dishes like jerk chicken, for example, can be traced back to the Maroons, the descendants of enslaved Africans who were brought to the island and then escaped to form their own free society in Jamaica’s mountains. All of the ingredients used in an authentic jerk sauce – scallions, onions, scotch bonnet peppers, thyme, allspice, and other spices – grow in Jamaica and were utilized by the Maroons.

The menu at Mr. Jerk offers combinations of various food items and portions of different sizes, such as jerk chicken, rice and beans, salad, ribs, soft drinks, and beer. The restaurant also offers tortillas, a Mexican addition. Jamaican patties, which are similar to empanadas and stuffed with spiced ground beef, come highly recommended at Mr. Jerk. Other specialty favorites include festival, a Jamaican sweet bread, and plantains. Diners can enjoy escovitch fish and curry chicken by special order, and on Saturdays and Sundays, the restaurant features jerk shrimp and chicken wings. The popular Mexican hibiscus tea is available with the addition of ginger, which gives it a Jamaican flair.

Mr. Jerk Cancun Grill is located on Avenida Las Torres in Cancun, an easy bus-and-taxi ride from the Hotel Zone. A second location of Mr. Jerk has also opened downtown in Plaza Solare, which is even closer to the Hotel Zone. Both of the eateries often feature live reggae music.