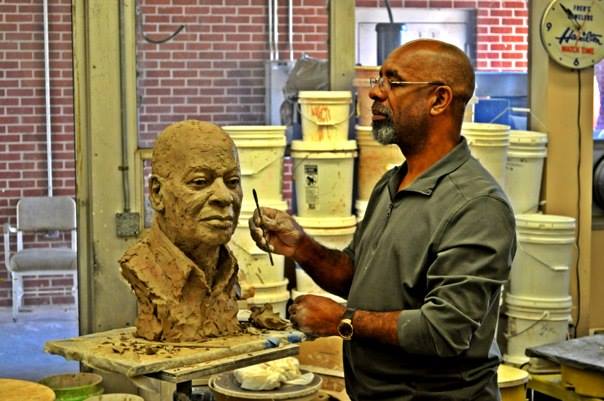 The City of Atlanta in Georgia has officially named Jamaican sculptor Basil Watson as the artists who will create a new statue of civil rights advocate and Nobel Prize winner Martin Luther King Jr. The statue is scheduled for completion by the end of 2019. Watson was chosen following a long selection process that began in 2018. Watson was one of three artists pre-selected to develop a presentation, which was given in May of 2018. While Watson was chosen for the project in July 2018, he had to remain silent about the commission until contract arrangements were finalized in December.

The new statue will be 12 feet tall, cast in bronze, and mounted on a pedestal. The site of the new statue will Martin Luther King Jr. Drive in downtown Atlanta near the headquarters of television network CNN and the new Mercedes Benz Stadium. Both are major landmarks in the city.

Having a Jamaican sculptor create the new statue is appropriate as Dr. King made a celebrated visit to Jamaica in 1965, where he said that he had never felt more at home anywhere in the world as on the island. “In Jamaica, I feel like a human being…” King said at the time.

It is not commonly known that Dr. King returned to Jamaica in 1967 to enjoy some peace and seclusion in a country cottage in Ocho Rios, where he had the freedom to think and finish writing his book, which was titled later as “Where Do We Go from Here: Chaos or Community” His particular affinity for Jamaica was reinforced by Coretta Scott King, his widow, in 1968, the year in which he was assassinated. She told an audience in Kingston that Dr. King “had a great affection for you as a people and was greatly inspired by your motto ‘Out of Many, One People’.”

Watson is not intimidated by the idea of creating a work surrounded by a heavy weight of expectations put upon him by the city and people of Atlanta. He said that he feels completely up to the challenge, and for good reason. Earlier in 2018, Watson was enthusiastically received when his statue of the beloved “Miss Lou,” Louise Bennet Coverley, Jamaican writer, educator and folklorist, was unveiled in Gordon Town Square, St Andrew. Jamaica. He also received high praise for his statue of Jamaican Olympian Shelly-Ann Fraser Pryce. Watson also created the Heroes Walk in Emancipation Park in Kingston.