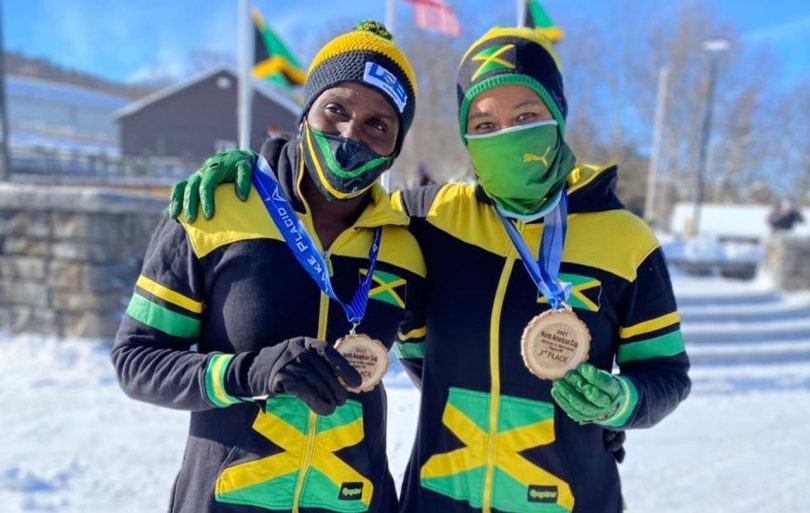 Jamaica’s women winter Olympians Jazmine Fenlator-Victorian and Carrie Russell received medals as the second-place and third-place winners, respectively, at the Monobob World series race in Lake Placid, New York, on February 1, 2021. Monobob is a one-person bobsled event. This was the third event in the monobob series at this location, with the final race scheduled for February 2, 2021. The women’s monobob event was added to the Winter Olympics Game program for 2022, in Beijing, China. The 2022 Winter Games are scheduled for February 4 through 20. 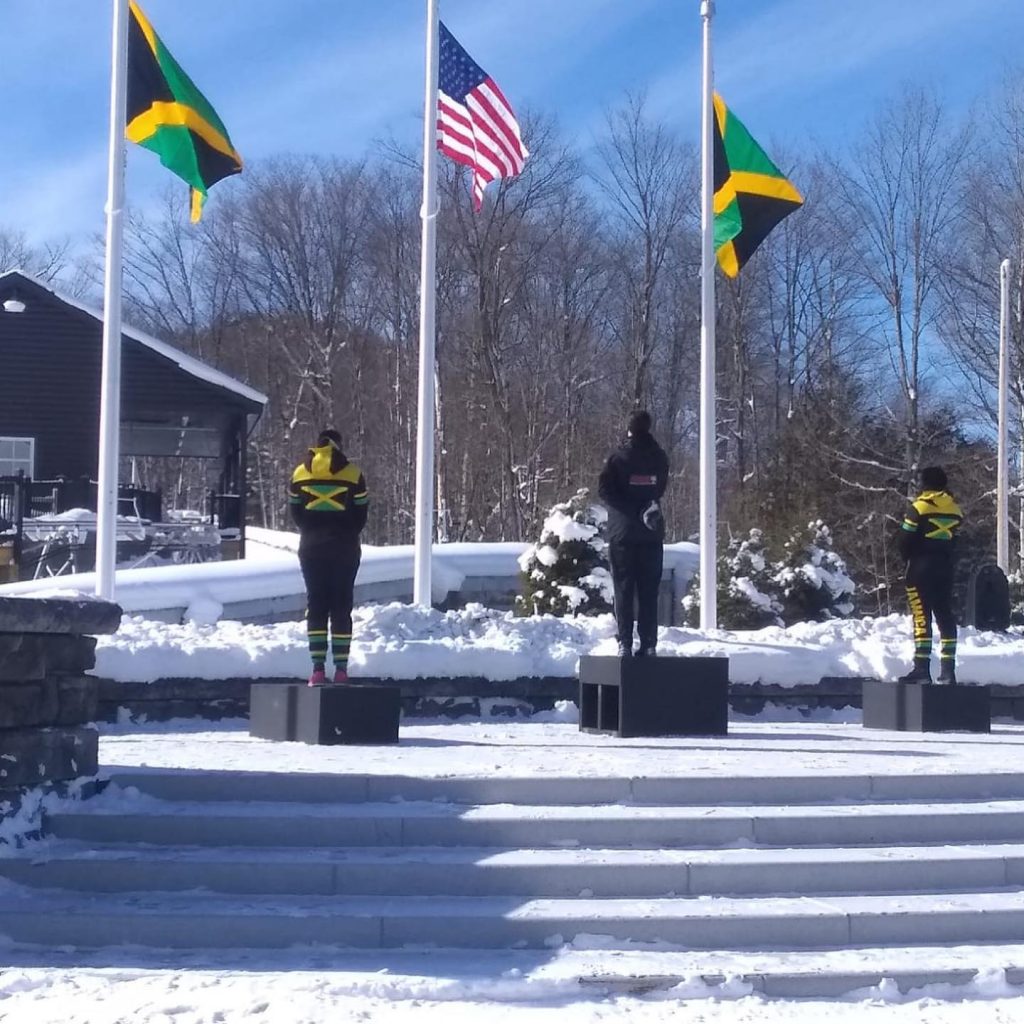 Prior to the Lake Placid race, Russell, a former sprint athlete, took the first-place spot in Park City, Utah, monobob event on January 17, 2021. The day before, she came in second at the same venue.

Fenlator-Victorian was one of three pilots of the United States Olympic Bobsled team at the 2014 Winter Olympics but later decided to compete for her father’s native country, Jamaica, beginning in 2016. Russell is a Jamaican track and field sprinter in addition to being a bobsledder. She competed in the 4 x 100-meter relay at the 2013 World Championships where she won a gold medal. She has competed as a bobsled brakeman for Jamaica since 2016, and in January 2018, was part of the Jamaican bobsled team that qualified for the 2018 Winter Olympics. This was the first time Jamaica fielded a women’s bobsled team at a Winter Olympics event. 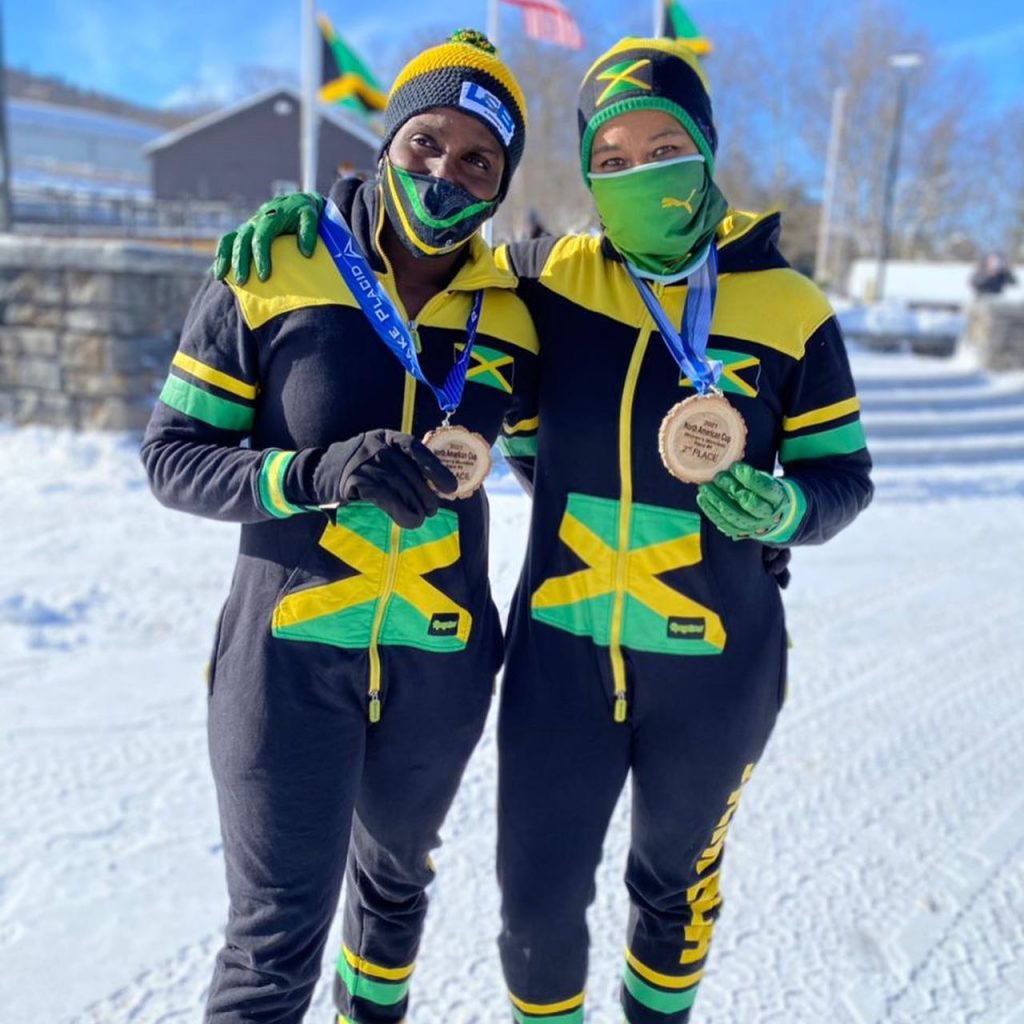 Monobob debuted at the Winter Youth Olympic Games (YOG) in 2016 in Lillehammer, Norway. Bobsledding has traditionally been dominated by F1 technology and aerospace engineering to develop the fastest sleds possible. The one-athlete monobob takes technology out of the equation by making the athletes use the same sleds. YOG organizers hope this will encourage more nations and young athletes to take up the sport.

According to Ivo Ferriani, President of the International Bobsleigh and Skeleton Federation (IBSF), monobob is safe and sustainable in terms of cost. The focus of the sport is taken away from the technology and put on the driving and skill of the athlete. A successful performance still depends on a good start, as in the two-person and four-person bobsledding races, but this is the responsibility of the lone pilot, who has to discover the best path throughout the run, without their equipment being a factor in the finish. 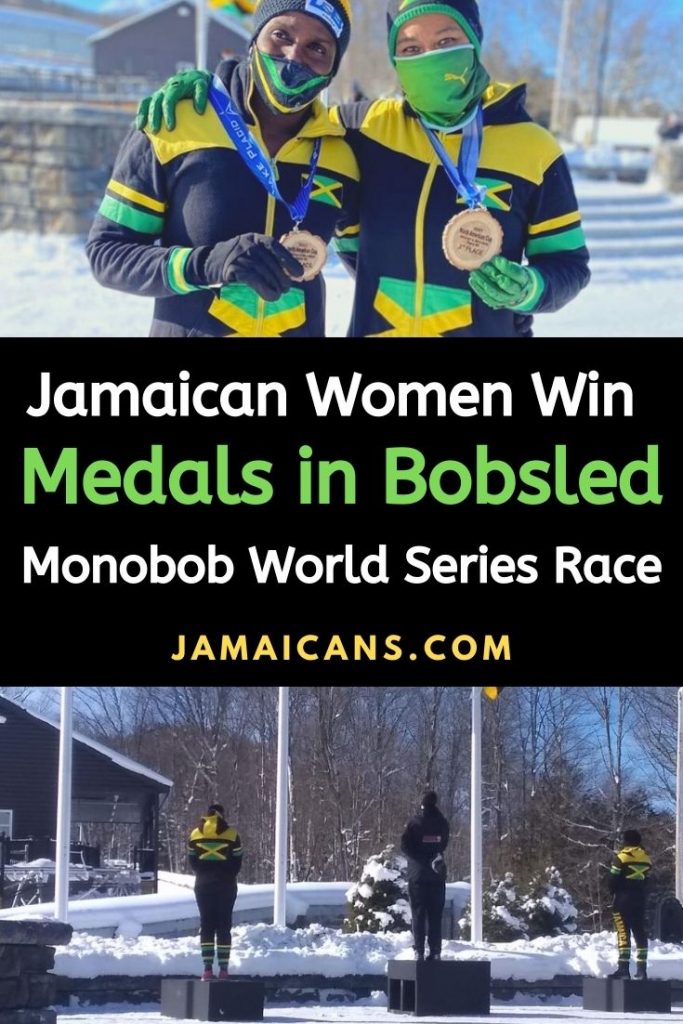