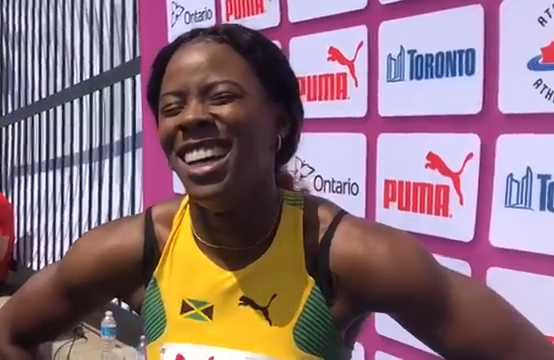 Jamaica took home 21 medals in total from the North American Central American and Caribbean Athletic Association (NACAC) Senior Championships in Toronto, Canada. This included seven gold medals, nine silver, and five bronze. Jamaica won 11 medals on the final day of the event. At the competition in 2015 held in Costa Rica, Jamaica won only three golds and a total of nine medals. Jamaica took first and second place in the men’s discus throw, with Fredrick Dacres making a throw of 68.47 meters and Traves Smikie took the silver with a throw of 62.70 meters. This was another record for Dacres who also set a record at the Commonwealth Games in March 2018 with a throw of 60. 68 meters set in 2015. Smikie had just won a bronze medal at the recent Central American and Caribbean Games in Colombia. Shericka Jackson won a gold medal for Jamaica in the women’s 200 meter event, setting a stadium record with a time of 22.64 seconds. Jodean Williams of Jamaica came in fourth in 23.19 seconds. Shanieka Ricketts took the triple jump title with 14.25 meters, improving her own record in the final round Tyquendo Tracey smashed the 100 meter NACAC Championship record to take first-place gold for Jamaica. Hansle Parchment won the men’s 110 meters Hurdles gold.  Stephanie Ann McPherson won the women’s 400 meters gold.  Demish Gaye won the  men’s 400 meters gold. Tyquendo Tracey won gold in the 100 meters and smashed the NACAC Championship record.

Olivia Grange, Jamaica’s Minister of Culture, Gender, Entertainment and Sport, congratulated the team on its achievements, stating that the athletes turned in “another exceptional performance.” She made special mention of Dacres and Ricketts, calling them “brilliant” in setting championship records in the men’s discus and women’s triple jump, respectively. Grange added that the silver medal in the men’s discus represented a “discus bonus,” and that Jamaica’s performance overall at the event was the best at the NACAC championships to date. “Congratulations to the entire NACAC team, the coaches, manager and support team for so fabulously representing Jamaica,” she said.

The North American, Central American and Caribbean Championships (NACAC) is a continental track and field athletics event organised by the North America, Central America and Caribbean Athletic Association. The last of the six IAAF areas to hold a continental senior athletics competition, the NACAC Championships’ inaugural edition was held in 2007 in San Salvador, El Salvador.