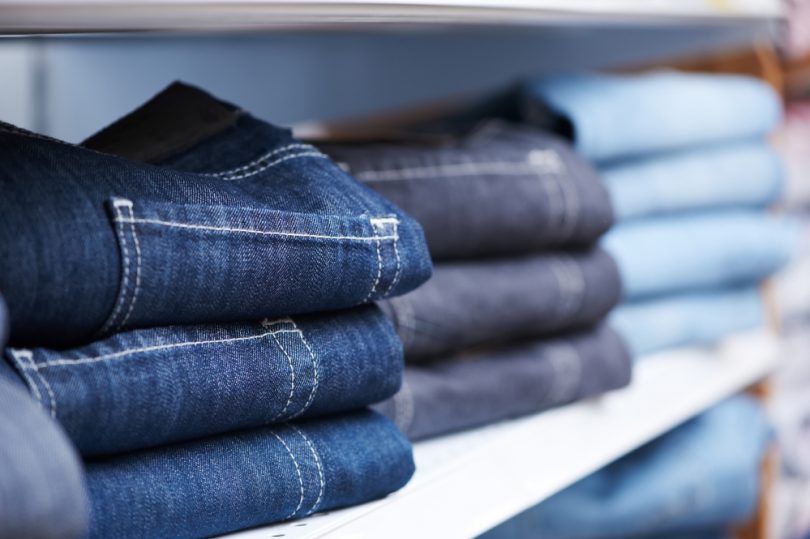 Few garments have attracted the attention of the fashion industry and consumers than blue jeans with their distinctive indigo coloring. Available in abundance today, the dye played an essential role in the trafficking and slavery of Africans to work the indigo plantations in Jamaica and the United States.

Most people associate slavery in the Caribbean with sugar cane during the 18th century and while that’s true, large indigo plantations were in evidence as early as the second half of the 17th century and slaves were brought to the island to do the backbreaking work of cultivating the plants. In 1670, there were 49 indigo enterprises operating in Jamaica.

Indigo dye was originally made from woad, a European plant in the cabbage family. The indigofera tinctoria plant replaced woad as the source of choice for the color in medieval Europe.  The dye was considered a luxury and was in high demand throughout the centuries by ancient cultures. When a trade route to India opened where it was primarily produced, the demand increased dramatically.

Europeans discovered that the indigo plants flourished in Jamaica and plantations were established there, along with the Virgin Islands and South Carolina in the U.S. There was significant money to be made in the indigo trade and it had the added benefit, from the plantation owner’s point of view, of requiring a smaller work force than tobacco and sugar cane.

Indigo turned a good profit and was used to color everything from denim to the ribbons worn by the wealthy in Europe, but by that time sugar cane had become more lucrative. The dye remained as an indication of wealth by the wearer, but there was no artistic value.

That may change in the future. West African Fosuwa Andoh wants to revive the indigo industry in Jamaica to use it in new and creative ways. She’s a descendant of the Trelawny Town Maroons that were exiled from Jamaica in 1796 to Nova Scotia, Canada. The textile artist wants to bring back indigo production for artistic purposes and open a studio to showcase resulting artwork.