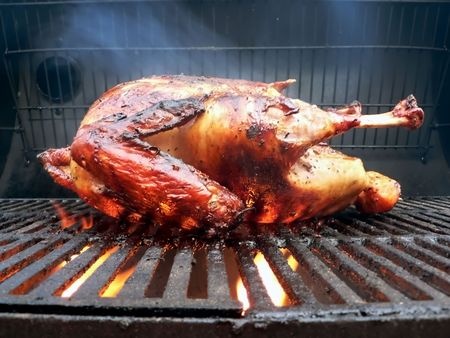 It’s the most wonderful time of the year for most. For workaholics like myself, we’ve probably just looked up and realized that the big day has actually come upon us because we’ve been inundated with holiday hullabaloo for the past two or three months already and it’s all become a blur. I won’t grinch up this week’s column by talking about how we should still be fighting the powers that are victimizing our brothers rather than celebrating the season, because I truly believe we can do both.

The part about life, love and family that we should all enjoy should never be short changed. That desire to celebrate the root of our faiths, to give to the people we care about, to break bread with those we love the most even if it means traversing continents and seas. We do it because it is that time of year and all the love we don’t have time to recognize year round now has a reason to shine and be relished.

This week, in our Caribbean homes across the US and throughout the international diaspora, you’ll find turkeys that are jerked rather than roasted. Our Christmas cake will be more of a Christmas pudding, it’s black and filled with raisins and prunes and currants that have been soaking in a vat of rum, wine and brandy since last December. And since we originally came from the British system, some of us still celebrate boxing day, so be careful. If we’re comfortable enough with you, we may shoot you a light “box” across your jaw in the spirit of the season on the 26th.

We’re mostly Christian so we’ll probably say Merry Christmas rather than Happy Holidays. And if we’re coming to your house for the holiday festivities, please be prepared to fill our take home containers, perhaps even before we get to the actual meal of the night. Wherever you are and whatever you do this holiday season, on behalf of my Caribbean American family and friends, let me say a warm and heartfelt compliments of the season to you and yours!