Time magazine announced its choice for the coveted Person of the Year title for 2020, and President-elect Joe Biden and Vice-President-elect Kamala Harris have been selected. Biden and Harris made history when they defeated the incumbent in the White House in the November 7, 2020, presidential election. With his victory, Biden ensured that Donald Trump joined the small number of one-term presidents, while Harris, whose father is Jamaican and whose mother was from India, became the first woman, the first Black, and the first South Asian individual to become Vice-President in the history of the United States.

According to Edward Felsenthal, Time magazine’s editor-in-chief, Biden and Harris were chosen for “changing the American story” and showing that “forces of empathy are greater than the furies of division,” and “for sharing a vision of healing in a grieving world.” 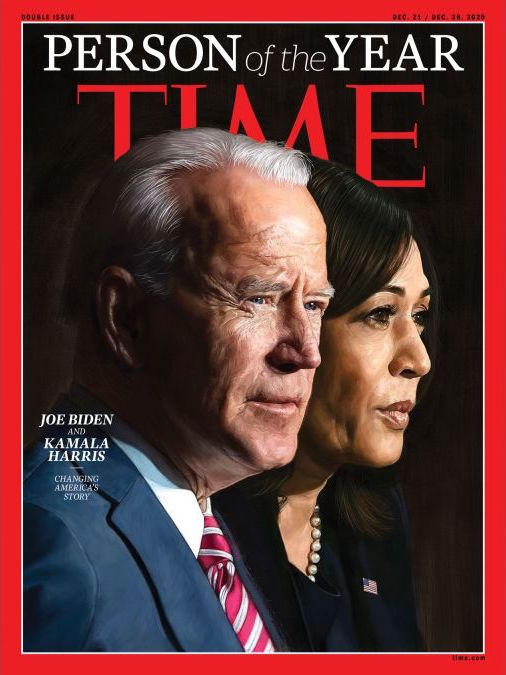 The 2020 shortlist reflected the most dramatic events of the year, placing Biden, Harris, Trump, Frontline Health Care Workers, Dr. Fauci, ad the Movement for Racial Justice all under consideration.

The Person of the Year brand was expanded in 2019 and introduced four more categories. In addition to Person of the Year, Time recognized the top people in a number of categories. The Business Person of the Year for 2020 is Eric Yuban, CEO of Zoom, the video chat service that rose to popularity by allowing people to work and learn via computer from their homes amid the COVID-19 restrictions. Activists Assa Traore and Porche Bennett-Bey, along with racial-justic organizers, frontline healthcare workers, and Dr. Anthony Fauci, were named Guardians of the Year. LeBron James of the NBA was named Athlete of the Year, while BTS, the Korean pop musical group, was named Entertainer of the Year.

The tradition of naming particularly influential people in any given year began in 1927 when Time magazine first launched its Man of the Year award. This was later changed to Person of the Year and is presented to an individual, group, movement or idea that had the most influence on the world over the past year. In 2006, the magazine named “You” as Person of the Year to recognize the millions of individuals who contributed content on the Internet. In 2019, climate activist Greta Thunberg received the designation.

Not all those receiving the title made positive contributions, however. In 1938, Adolf Hitler was named Man of the Year, for example.