"We kickstarted a community..." - A Conversation with Ingrid Riley on the Kingston BETA Finale - Jamaicans.com 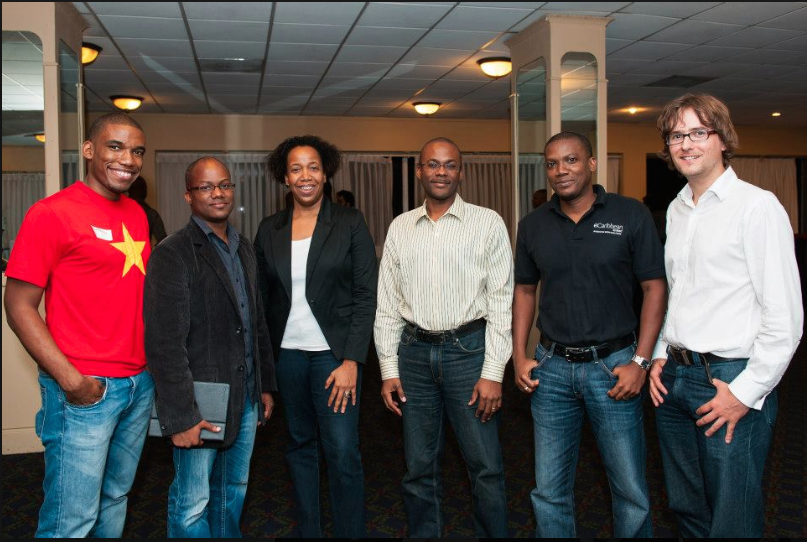 Ingrid Riley is the co-founder, producer, and host of the first technology start-up event in the Caribbean, Kingston BETA. She also founded Silicon Caribe Media, a firm involved with information, inspiration, and connection. Riley is enthusiastic about the limitless potential of the digital Caribbean and has served as Private Sector Organization of Jamaica (PSOJ) 50Under50 Business Leader Gamer Changer Awardee + TechLink Game Changer Social Entrepreneurship Awardee. She was recognized for her work in kick-starting Jamaica’s tech startup community in 2007 and for her pioneering work in helping the development of the Caribbean Startup Ecosystem. Riley is also an award-winning tech blogger and has been a Dow Jones syndicated and newspaper technology columnist. She has written over 2,000 articles on topics such as startups, startup ecosystems, social media, digital culture, and trends. she also speaks on Caribbean innovation, tech entrepreneurship and startup ecosystems, social media, digital culture and digital business trends. 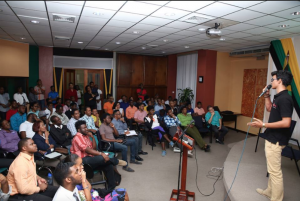 KingstonBETA is the longest-running tech start-up event in the region’s technology sector. It is a signature brand from SiliconCaribe. Since its establishment, KingstonBETA has produced more than 100 events that attracted over 10,000 attendees, along with 400 tech entrepreneurs from eight Caribbean nations and the Diaspora in the United States and the United Kingdom. Event attendees include high school and college students, young professionals, social media stakeholders, digital creatives, entrepreneurs from the private sector, investors, and officials from government and academia. Kingston BETA has been instrumental in creating Digital Jam 2.0, a joint venture between the World Bank, the Jamaican government, and early adopters among Jamaican businesses. Kingston BETA also introduced the first Sports Hackathon in the Caribbean region. As a brand, the organization has worked with more than 50 Jamaican, Caribbean, and international brands that span the private sector, governmental agencies, and global development agencies including JAMPRO. KingstonBETA maintains active and growing online communities that are designed to facilitate engagement from the Caribbean community and the Diaspora, including Facebook’s SiliconCaribe Group, the KingstonBETA Group on LinkedIn. 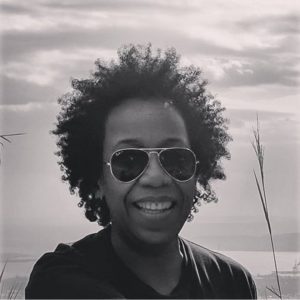 Looking back did the growth and popularity of the Kingston Beta surprise you?
The growth, longevity and influence of Kingston BETA has been nothing but a surprise to me and all of us involved. We didn’t start out thinking that this event would kickstart a community and a movement and then influence what so many others did and are doing still across the Caribbean.

It came from a place of wanting to connect and know more. You see my co-founder Susan LeeQuee and I had an interactive agency at the time – Dutchpot Interactive, the first of its kind headed by two women in the Caribbean. Coming from creating iGuide Jamaica- an internet directory and magazine the first of its kind in Jamaica and the Region, we had gathered some media attention and attention from people who were also playing in the internet space. We had also met some really cool people in the Caribbean when we were both scooped up by and working for an American dot-com startup called HomeView in 1999/2000. So from that background and running our own ship, we wanted to know who else was crazy, passionate and doing things in the digital space and what were they working on.

We did some research about what was happening in the United States and I can’t recall the details but the name Kingston BETA was born, Susan did the branding, I did the messaging, invites to people and so at the first Kingston BETA, February 28th, 2007, at the Jamaica Pegasus Hotel- we had 90 people, paying $600 bucks. We had three speakers – Sandor Panton, Top5Jamaica, Rodney Browne of CaribbeanMassive.com/ECaribbean Limited (St. Kitts) and Marc Allen who was part of a duo of co-founders of NetVision Interactive that was scooped up and taken to Hohn Kong. He spoke from Hong Kong. We in fact still have that first list of attendees.

Tell us about a moment with a guest or presenter reached out to you about the impact of Kingston Beta on their company, project or career?
There are so many of those that have happened over the years, some we documented, so many we have not. We will be collected videos and comments around this Kingston BETA Finale.

Let me share with you two that we got recently

“Hi Ingrid , I personally want to thank you for all your hard work over the years to bring a light and voice to  tech in Jamaica.

How as Kingston beta benefited me well where do I start .

I remember my first Kingston  beta I was very young in my career ,

It sparked a fire in me .

It showed me just how good we are in Jamaica in tech and  that we are just as good as any country.

The networking benefits were great I was able to learn from others . the start up camps where great , it taught me more than just been a developer but also to think as an entrepreneur  and to see the business value  in  software / app   .

Those experiences that i learned from going to various kgn beta meet ups as allowed me move up in my career .

I know Kingston  Beta has been instrumental to where i am in the Technology field.

I am currently a Software Engineer focusing on Enterprise Management / Business Process  for Conduent . in North Carolina .”

Kingston Beta was my first pitch, where I met my lead developer whom i have been working with for over a year. Great memories. Thanks Ingrid for taking the lead. Lots of respect due.

“KgnBeta definitely helped to a huge extent when starting my entrepreneurial journey, I’m sure this is the same for many other founders in Jamaica.”

Thanks for your extraordinary leadership and vision.

Who is the “can’t believe it” guest or presenter that attended Kingston Beta?
Can’t think of any single individual. We have been fortunate to have had so many speakers from varying industries in Jamaica, the Caribbean, The Diaspora.

Did you find your main goal changing after the first few years?
Our goal was always to bring people together who were thinking and doing different things with technologies like the Internet and Mobile phone so we could be inspired, get connected and learn. That remained the consistent thread. We always had speakers, panels, and pitches and themed events.

What is the biggest accomplishment of Kingston Beta?
We kickstarted a community, a tech entrepreneurship movement that showcased the limited possibilities of the Internet to create your own job, to start a business to change the way we live, work and play right here in Jamaica and the Caribbean. It showed us each other, the people who are thinking differently, doing things, failing and seeking success on their own terms in this Digital Age.

Is hosting a Kingston Beta reunion in the future?
Most definitely. You could almost call this Phase 1, wink, wink.

We are keeping a track of people and startups in our community and network wherever they are in the world and will be reporting on them, amplifying them on our media platform SiliconCaribe.com. And we have a few more ideas about Keeping the Kingston BETA legacy relevant and continuing.

When you are not busy with work and projects what do you do to relax?
Go to the Beach, Have a few glasses of red wine and travelling.