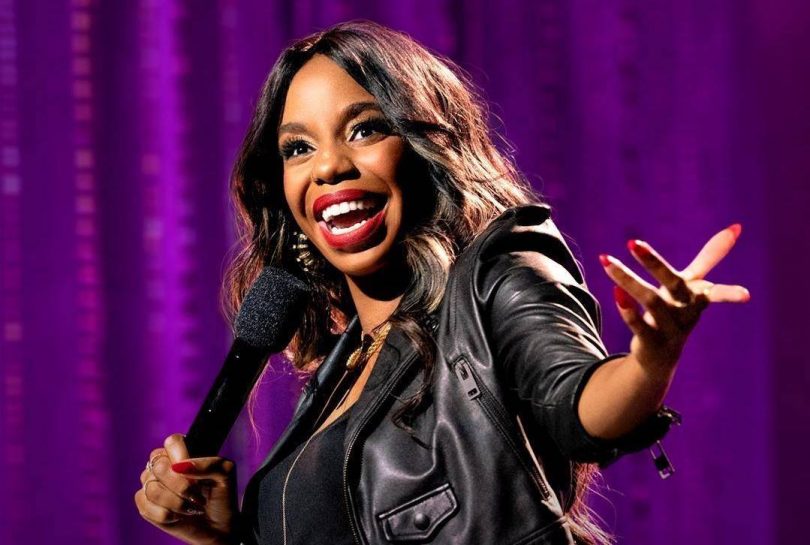 London Hughes, a British comedian of Jamaican descent, is set to become one of the hosts of a new Netflix aftershow entitled “The Netflix Afterparty.” Other hosts named for the weekly 18-episode comedy series are David Spade and Fortune Feimster. Spade is also the executive producer of the aftershow. The show is scheduled to launch in 2021 with new episodes every Sunday.

In 2020, Hughes became the first Black British woman nominated for an Edinburgh Comedy Award in 39 years and has presented a number of shows on the CBBC network. The comedian has also appeared on several entertainment formats in the UK, including “Extreme Hair Wars” on Channel 5, “Don’t Hate the Playaz,” “Mock the Week” on BBC, “Celebs Go Dating” on E4, and “Fleabag” from BBC/Amazon.

“The Netflix Afterparty” is a first-of-its-kind comedy panel show to be broadcast on a weekly basis and will feature comedians, casts, and creators chatting about shows and films streamed by Netflix. Each of the series episodes will focus on one of the latest Netflix films or TV shows in the “cultural zeitgeist.” Stars of the shows will participate in interviews, discussions of pop culture, and comedy sketches. Co-hosts will be joined on the panel by a different Netflix comedian every week as well.

Netflix has been exploring a way to get into the comedy talk show space for some time, but the traditional topical subject-matter format did not lend itself successfully to streaming, which allows viewers to watch content on their own schedules. The streaming company believes that the format chosen for “The Netflix Afterparty” offers an alternative platform.

London Dionne Micha Stacey Stephanie Estina Knibbs-Hughes was born in 1989 south of London in Thornton Heath. Her mother is of Jamaican and Cuban ancestry, and her father is of Puerto Rican, Spanish, and Nigerian descent. She began her television career as a daytime presenter on “Babestation,” an adult TV station. She then moved on to become a presenter on the morning show on CBBC, where she worked for about two years. She also presented live links on BBC 1 and BBC2, making regular appearances on “Blue Peter.” She had a presenter role on the children’s show “All Over the Place” with Ed Petrie and was the voice of characters for “Big Babes,” a comedy on CBBC.