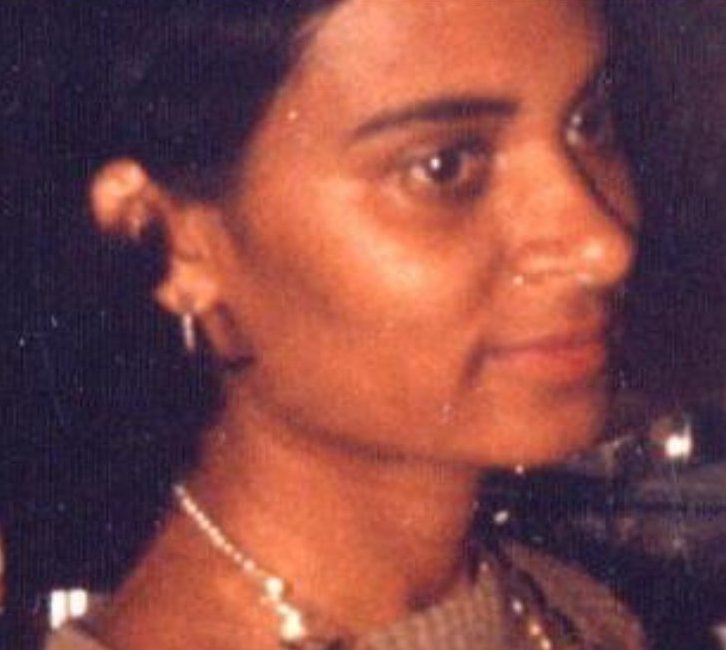 Guyanese poet Mahadai Das was born in Eccles, East Bank Demerara, Guyana in 1954. She began writing poetry while a student at The Bishops’ High School in Georgetown. She earned a degree from the University of Guyana and then a BA in philosophy at New York’s Columbia University. While she started a Ph.D. program in philosophy at the University of Chicago, illness compelled her to leave the program. Das was also an actress, teacher, dancer, and won the title of Ms. Dewali in a 1972 beauty pageant. In 1976, she volunteered in the Guyana National Service and promoted the art of Indo-Guyanese culture when it was not readily recognized by the country’s mainstream. Das was one of the first women of that culture to be published, with her poetry addressing topics such as ethnic identity and working conditions in the Caribbean. She received public attention with her book “I Want to Be a Poetess of My People.” She was part of the Working People’s Alliance, an organization working to resolve political and social issues in Guyana. She is credited with clearing the way for other Indo-Caribbean poets as a pioneer in literary circles until she died in Barbados in 2003