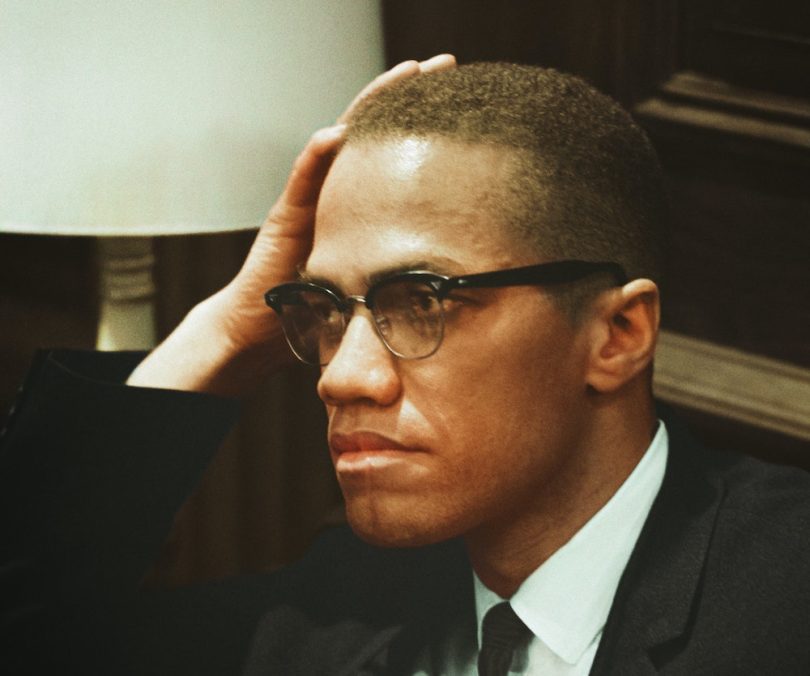 Born Malcolm Little on May 19, 1925, the African American Muslim minister and human rights activist was the son of a Grenadian. Until 1964, he was a strong advocate for the National of Islam, urging Black empowerment, advocating for the separation of Black and White Americans, and promoting Islam in the Black community. After his father died and his mother was hospitalized, he spent his teen years in foster homes and with relatives. He was sentenced to 10 years in prison for breaking and entering and larceny in 1946. He joined the Nation of Islam while in prison and took the name Malcolm X in reference to his unknown ancestral African surname. He was paroled in 1952 and became an influential leader in the organization. He criticized the mainstream civil rights movement led by Martin Luther King Jr. for its focus on nonviolence and racial integration. He became disillusioned with the National of Islam in the 1960s, followed Sunni Islam and the civil rights movement after completing the Hajj to Mecca. He founded the Islamic Muslim Mosque Inc. (MM() and the Pan African Organization of Afro-American Unity. His conflicts with the Nation of Islam led to multiple death threats, and he was assassinated in 1965 in New York City. While he was a controversial figure, he was also a celebrated figure in the African American and Muslim American communities for his advocacy of racial justice. He is honored with Malcolm X Day throughout the US, and many streets and schools have been named in his honor.

Photo by Unseen Histories on Unsplash