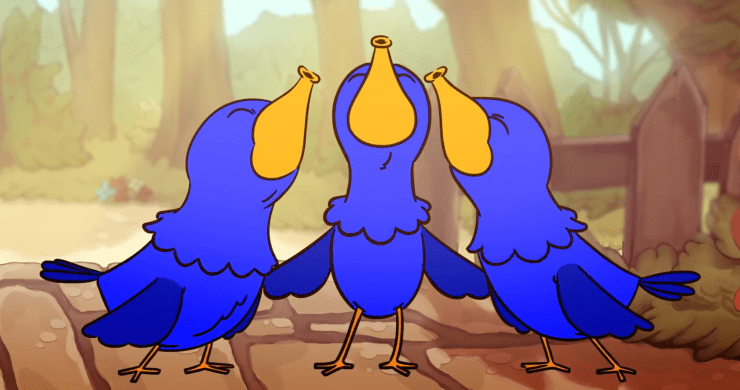 The family of iconic reggae musician Bob Marley has released an animated video of the song “Three Little Birds” as part of the year-long celebration by the Marley estate of the 75th anniversary of the singer’s birth. Other videos released as part of a documentary series entitled “Bob Marley – LEGACY: 75 Years A Legend” include those for “Redemption Song” and  Song,” “Easy Skanking,” The completed series will comprise 12 parts. According to Cedella Marley, Bob Marley’s daughter, her father’s “feel-good” song has provided hope and light to many people and added that she hoped it will do so for people now who are facing challenges throughout the world.

The new animated video offers a Disney-like display and a chilled-out tone. It features the Big Bad Wolf, the Three Little Pigs, and the Three Little Birds. IN the video, the Three Little Pigs are combatting the Wolf’s predatory actions with kindness. An easygoing Little Pig avoids danger without effort when confronted by the Wolf. When the Wolf tries to eat him, the pig invites the Wolf to share in the picnic that the predator originally used as a trap to catch the Pig. According to a description of the video, when the Pig finds the wig the Wolf used to fool and eat the grandmother of Little Red Riding Hood, “the Wolf merely shrugs it off as “what’re you gonna do?” Nothing like a happy ending.

Over the years, “Three Little Birds” has continued to resonate with an expanding audience, although it was slow to catch on at the time of its original release. Now considered one of Bob Marley’s most affecting songs, its writing was prompted by some birds that flew by the window of  Marley’s Tuff Gong headquarters at 50 Hope Street in the later part of the 1970s. Bob Marley loved nature and always appreciated the natural beauty of his Jamaican home. He often used the animals and plants of the natural world as metaphors when writing his songs, as illustrated by the trees in ‘Small Axe’, the big cat in ‘Iron, Lion, Zion’, and the dog in ‘Craven Choke Puppy’. In “Wings of a Dove” and “Redemption Chant,” birds’ ability to fly while people are chained to the ground was a powerful image.

The song “Three Little Birds” has succeeded in flying throughout the world and gaining fans in many places, even places where the people have not even heard of Bob Marley the musician. The vocalist group the I-Threes, the female trio that sang backup for Marley, had their own connection to the song. Bob Marley often referred to the singers ad his “three little birds,” and according to member Marcia Griffiths, the group loved the song and even when they recorded it, they knew it was “our song.”

The classic tune was released in 1977 on “Exodus,” which Time magazine called The Best Album of the Century in 1999.