Danyella Richards, 17, is the first female gymnast representing Jamaica at the Commonwealth Games. She made her debut at the Games in 2022 in Birmingham in the United Kingdom. She also competed in Brazil at the Pan American Championships in July 2022, having made her first appearance in an international competition in 2021 at CentoAmericano. Her mentor at the Commonwealth Games was Jamaican gymnast Reiss Beckford, who has competed for England and Great Britain.

In an interview with TresA magazine, Richards said that competing in her first Commonwealth Games was “unforgettable.” She especially enjoyed the chance to engage with people from different countries and sports. She was also excited about being the first female gymnast to represent Jamaica at the Games, but admitted she was nervous about it because she wanted to represent her country “the best way possible.” Richards added that representing Jamaica had long been a dream of hers and that “it was everything I hoped it would be and more.”

To prepare for the Games, Richards trained all summer from 4:30 pm to 8:30 pm Monday through Friday and never missed a practice. She said the practice was worthwhile because it was “a surreal moment” to compete in Birmingham, and she believes it was the right move to take Beckford as her mentor as she had known him since she was ten. He was her coach and also like a brother, so they could have fun even during “the nerve-wracking experience.” 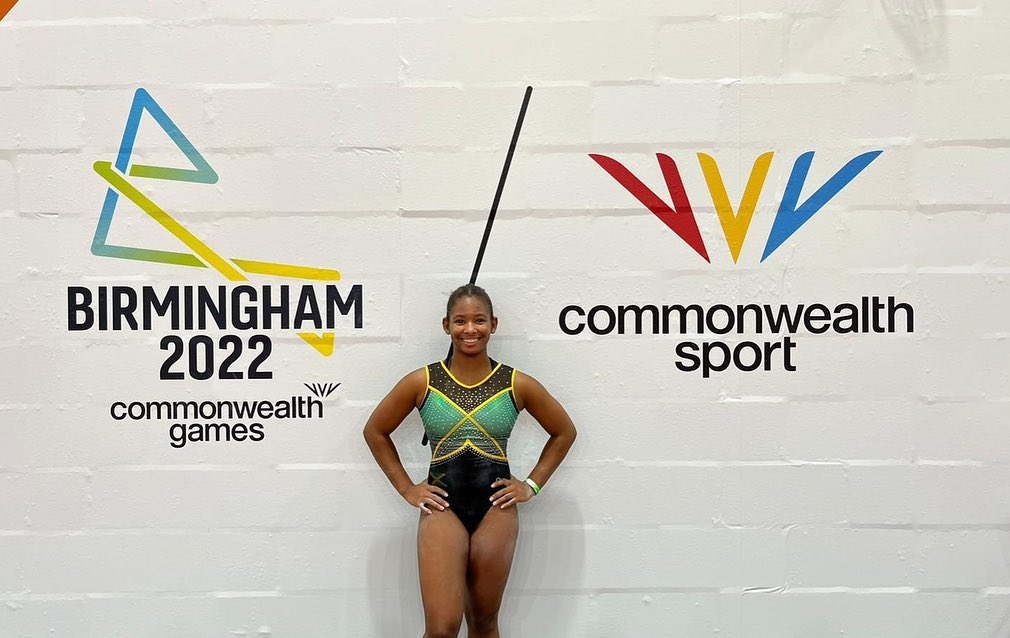 Danyella Laura-Kaye Richards was born in 2004 and describes herself as a very active child who played every sport imaginable. She really enjoyed gymnastics, however, and cites Gabby Douglas, a Black gymnast, as one of her role models growing up. Richards loves the opportunities that being an elite gymnast presents, such as traveling to new places and meeting new people who have the same passion she does for competing for their country.

Richards said she has been given a lot of advice during her brief career as a gymnast. The piece of advice that has stayed with her over the years is to stick with her goal no matter how challenging life becomes. She is also a great believer in going through life with positivity because that really makes a difference.