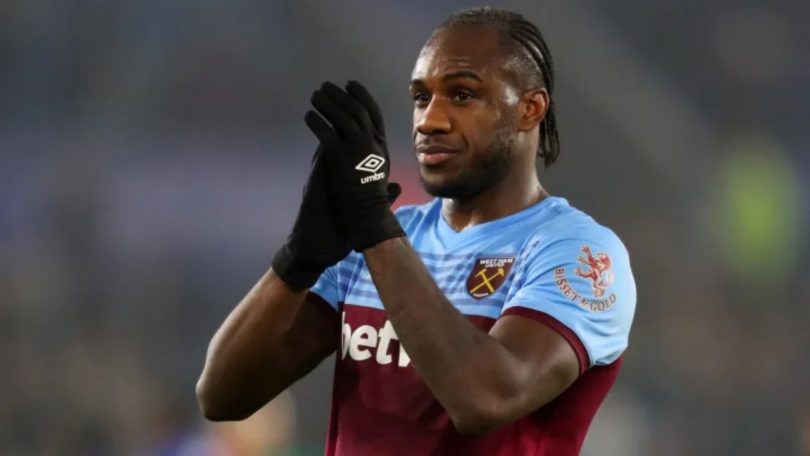 West Ham forward Michail Antonio, 30, very much wants to play for Jamaica as a member of the Reggae Boyz. While he was born in London, his parents are Jamaicans, and he had been approached by the Jamaican Football Federation in 2016 about representing the country at the international level. Antonio has expressed his desire to help the Reggae Boyz reach the World Cup competition for just the second time in their history. He hopes to be part of the team for the Gold Cup in July 2021 and for the CONCACAF qualifiers in September 2021. Antonio had been called to the England squad by both Sam Allardyce and Gareth Southgate, but has not yet played for the national team.

The forward’s form has been described as “outstanding” since manager David Moyes returned to West Ham in the past season. Moyes deployed Antonio as a lone frontman, and since then, he has made 15 goals in 33 matches. His 2020-2021 season was disrupted due to hamstring issues, but he returned to the starting line-up for the Premier League club West Ham United, playing the entire 90 minutes of the match, in which the team was victorious 2-to-1 over Tottenham.

Michail Gregory Antonio was born in March of 1990 in Wandsworth in the Greater London area. He began his career at the non-League club of Tooting & Mitcham United Juniors at age 12, playing with this club for six seasons. Before signing with Tooting & Mitcham United proper when he was 17 years old. His debut performance with the club was against Wealdstone when he was 18; he scored once, contributing to its 3-0 victory. He then represented several Football League clubs, including Reading, Cheltenham Town, Southampton, Colchester United, Sheffield Wednesday and Nottingham Forest.

In his personal life, Antonio is married with four children. In 2019, he made the suggestion that clubs whose fans engage in racial abuse have points deducted from their totals.