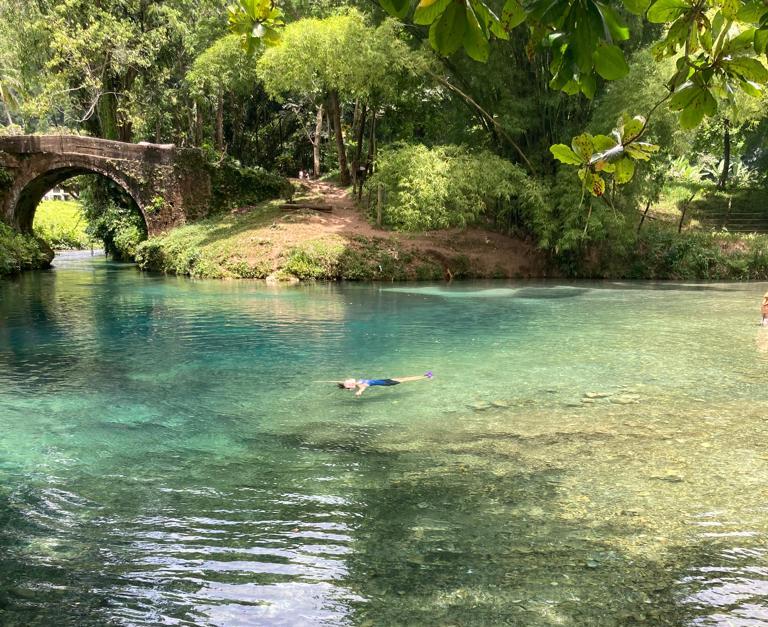 In advance of my 40th birthday, I spontaneously decided to take a trip to Jamaica last month driven by my endless yearning to return. Jamaica has always whispered my name with enticements of tranquility and verdure. I fell in love with this island nation at a tender age based on fond memories my mother once shared with me of her childhood there which were focused around nature.

Jamaican heritage forms an integral part of my identity, pulling me to visit the land of wood and water again but this time, on my own. Following a short flight to Kingston and seamless passage through the airport, I was on my way to my Airbnb. A little paradise in the middle of the city, it was the perfect starting point for my mission to reconnect with Jamaica’s natural beauty. My host pleasantly greeted me in the driveway and led me to my accommodation. Waiting for me on a small table on the patio outside my quarters was a complimentary breakfast of mackerel rundown and green banana coupled with mint tea straight out of the garden. I thoroughly enjoyed it all whilst taking in the ethereal surroundings and cool morning breeze. 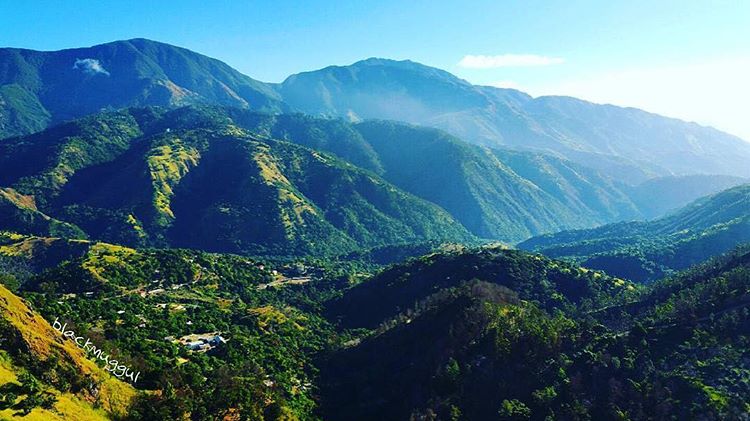 The next morning, my Blue Mountain tour guide and his apprentice arrived early, commencing with a drive to the Mona reservoir. From there, we travelled through the UWI campus to glimpse the old aqueduct then made a brief stop in Gordon Town to admire Miss Lou immortalized in statue form. I was privileged to have this particular guide because he grew up in the mountains which was immediately apparent as not only was he was known to passersby whom he hailed during our ascent to the Holywell National Park, he was knowledgeable. Before reaching the park, my guide made a detour through Greenwich Drive, passing by luxury yet cozy homes perched on the expansive and lush mountainside dotted with the most striking flowers a shade of indigo.

After hiking one of the trails at Holywell with the apprentice, we arrived near a cluster of picturesque cabins reuniting with my guide before making our way over to the bistro nearby. However, I had little interest in stopping there as my attention was drawn to a rest area directly across it which sloped down then plateaued, gracing me with a panoramic and blissful view of the mountain range. I walked down toward the edge then paused for a while, taking it all in… not wanting to leave. Above me fog sailed through the air as if blown by God’s breath. Given the altitude and stunning environs, it felt like I was literally on cloud nine.

My destination the day after was to Old Spanish Bridge which straddles the banks of White River, forming a border between St. Mary, my family’s parish, and St. Ann. Another driver transported me there via the Edward Seaga Highway non-stop to Ocho Rios. It was my first time on the relatively new road which boasted spectacular scenery. After exiting the highway and diverting from Main Street, we found ourselves meandering down an extremely narrow lane obtaining directions from bystanders along the way to the remote location. Talk about off the beaten track! I was seeing green above and all around and felt I could have simply sprouted leaves and blended in with the forest.

Then just like that, we emerged at a clearing where water of varying hues of mesmerizing blues stretched out before us, as inviting as a pair of open arms. The driver was as captivated as I that such a place existed as it too was his first time there. I could not contain my excitement and it did not take long to immerse myself in the cold yet inviting river water. I felt like I was in a painting. The river curved under a canopy of trees and out of sight. I wanted to see what was beyond and without having planned it, went tubing. My driver and a family of five who showed up after us drifted hand in hand in our tubes around the bend and under the shade of the bamboos and other tall magnificent trees. We encountered a few small rapids but were in good hands as two experienced and impressive young men led the way.

On the last day, my trip culminated in Kingston with a tour of the Devon House mansion followed by a mouthwatering ackee patty from its bakery which I can still taste. I then made a final stop at Emancipation Park to appreciate it once again as I had years prior.

I will say that overall, beautiful experiences were indulged in and remarkable memories made. Each person I encountered on my journey was kind and thoughtful. I became one with mother nature and, also importantly, connected with my heritage. Everything went exceptionally beyond what I had planned. Jamaica did not disappoint, having soothed my body, mind and soul.